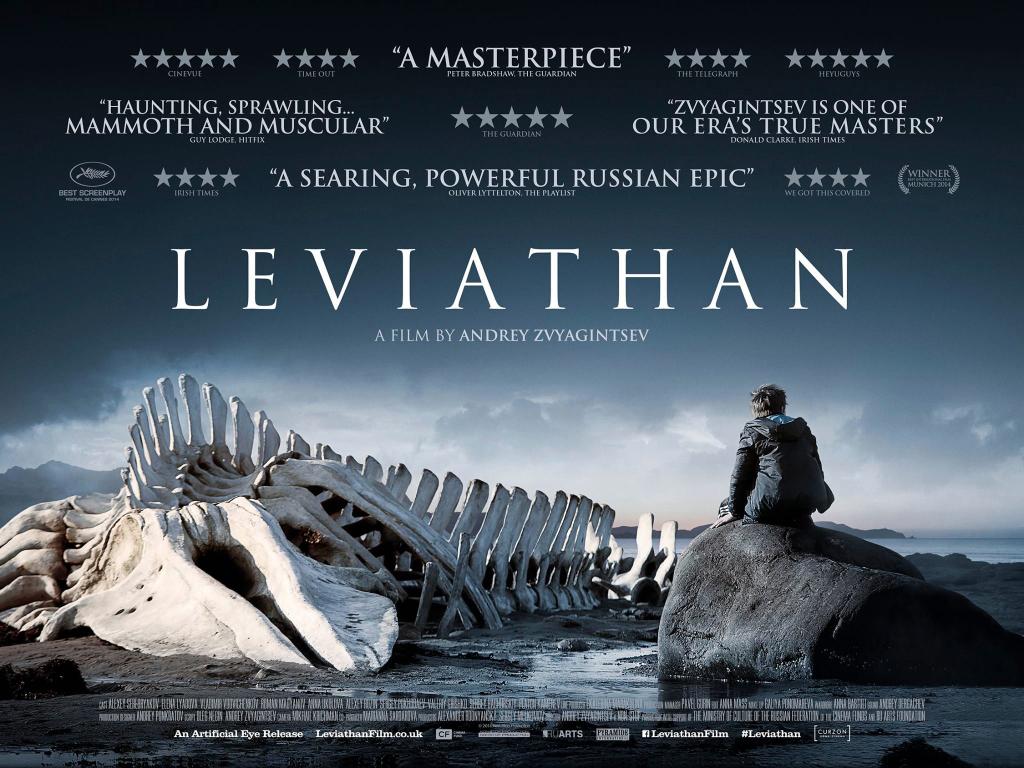 Rocks overgrown with lichens, Barents Sea, a small coastal community gathered around a wooden church. Sounds like Norway, but instead of the cosy white houses without net curtains in the windows, and strict separation of Church and State – we see some old, unkempt buildings with voluminous cellars, full of homemade conserves, and a strong belief that all power comes from God.

This Russian drama film won the Award for Best Screenplay in Festival de Cannes 2014 not without a reason. It may look like it is only a story about Kolia and his family, who struggle to keep their house and to avoid a serious conflict with the greedy mayor – Vadim. But there is no clear division into heroes and villains, far from it.

To start with, Kolia and Vadim are heavy drinkers, – along with the rest of the town, maybe with a tiny exception of the local Orthodox priest and children. But it does not seem like it is a problem for any of them, it is more like a habit. Maybe the same as drinking coffee in the morning. More or less, the Russian opponents of the film claim that this way of showing their nation is hugely biased and not entirely true, but we have to use a suspension of disbelief while watching. Let us remember that it is not a documentary.

Kolia is not alone in his fight for justice – his wife Lilja is doing her best to save their house, and sometimes she does even more… Even Kolia’s brother comes from Moscow to help, as he is a renowned lawyer. As it turns out, it is not just an act of kindness as far as he is concerned. These are no unambiguously positive characters, yet it is very close to reality. On the dark side nothing is simpler: there is Vadim, who seeks the priest’s advice on how to deal with Kolia and get the cherished parcel on the shore. There is a gang of anonymous, silent helpers, that do not trouble themselves with any peaceful negotiations, and last, but not least, an almost dehumanized choir consisting of judges and law enforcers.

Even though the film’s positivity does not differ much from the Scandinavian depressive dramas, it has outstanding photo shoots. It is not only the whale’s skeleton on a shore, but focus on the contrasts in the Russian culture – Saint Mary’s picture next to the photos of naked ladies, spiritual leader preaching about truth after his (not so small and morally dubious) participation in the case, an old church that became a sort of drinking underground for the youths, Putin’s face as a modern substitution for Stalin’s and other communists’ portraits – that’s what adds to the movie’s esthetic value, but inspires to reflection as well.

And for dessert, there are plenty of hints about the possible meaning of the title: story about Job, whale’s skeleton, icons depicting specific scenes… It’s not just a film about corruption in Russia, it has a great potential of being a universal story about the misery of human beings, and that’s what makes a good movie. As a summary, let me quote one of the characters: “Humans is the worst of carnivores.”