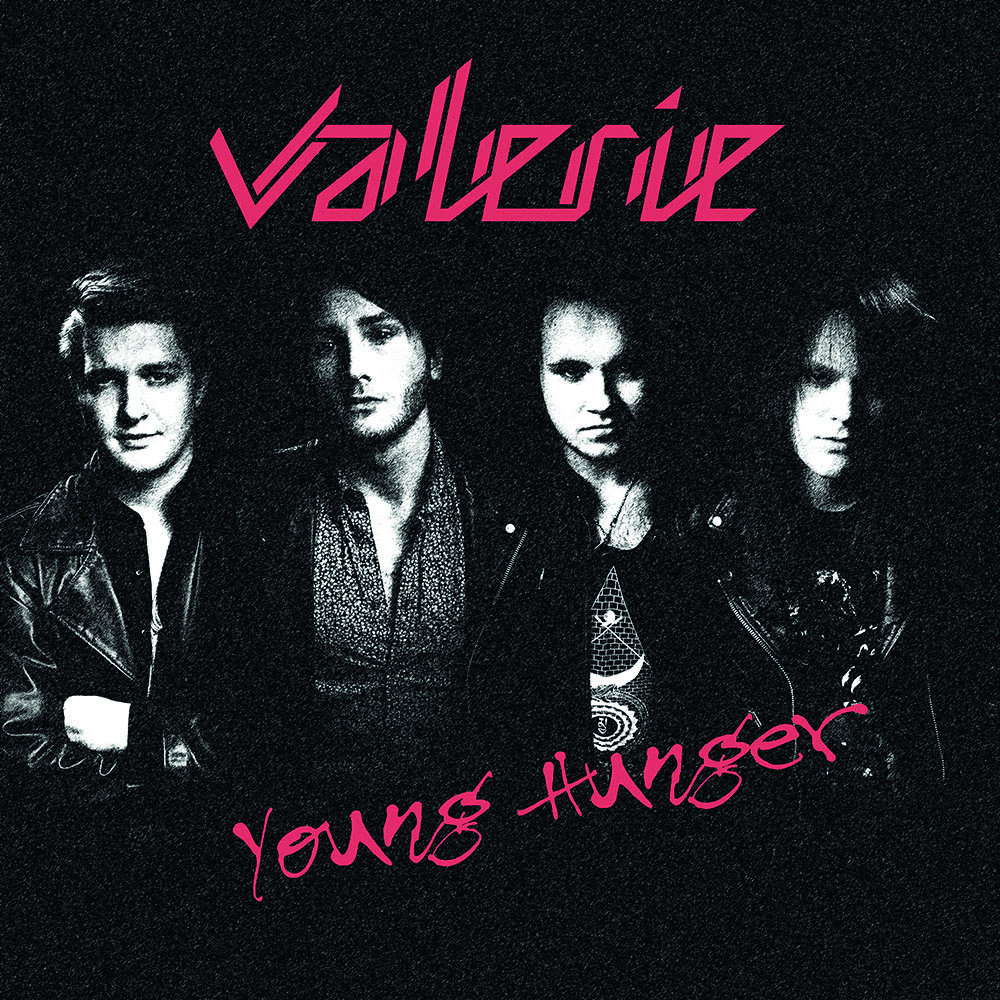 Valerie formed back in 2009 originally, but the current line-up is from 2010. We played about 10 months (we were horrible) as a super glitzy power-trio before Magnus came along sometime later.

2.Who are the band members now and what are their roles?

Valerie consists of Bjørn Engesæth on lead vocals and guitar, Augustus Clark on bass, Magnus Christiansen plays the rhythm guitar, and then we’ve got Erlend Omdal on the drums. 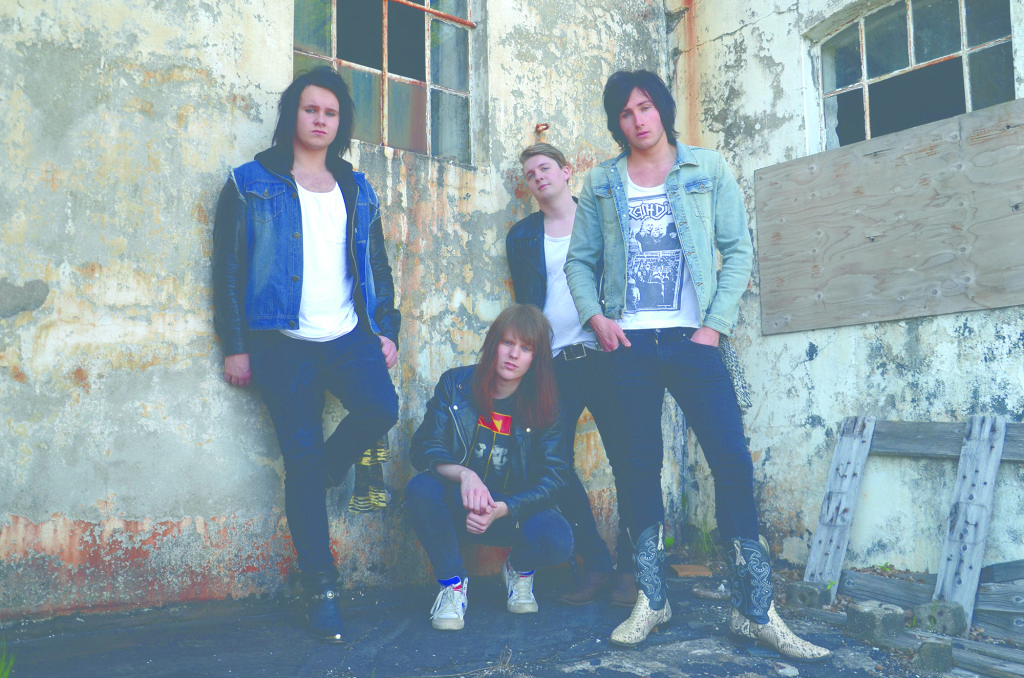 Mark Allen, who wrote a review for a website called Hard Rock Haven back in 2012, said Valerie “sounds like hair metal, looks like hair metal, and is possessed by the same pop-metal spirit that defined the burgeoning Sunset Strip scene back in the ‘80s”. Meaning damn catchy tunes, big hair, and a whole lot of attitude. We get most of our inspiration from Unikum really. The better parts of our material are just recycled Unikum articles. No, all kidding aside, we try to present a quite dynamic take on genre. Essentially, we try to stay true to the period, and not drift too far away from that specific audience, but still convey something that screams original. It almost sounds contradictory, doesn’t it?

Our first album was a lot rougher around the edges, (and a lot cheaper to produce) but a lot of reviewers compared it to AOR scandi-bands like Da Vince and Stage Dolls. Personally, I’d say we’re better looking. But we like those bands, and others like them, so we’re pretty much going for some upside-down Norwegian take on whatever bands liked major chords on the Headbangers Ball in 1987. After having released our second album now in 2015, which is a little more polished, I’d say there’s a lot of Diane Warren and Desmond Child on that record. So that’s definitely an inspiration. 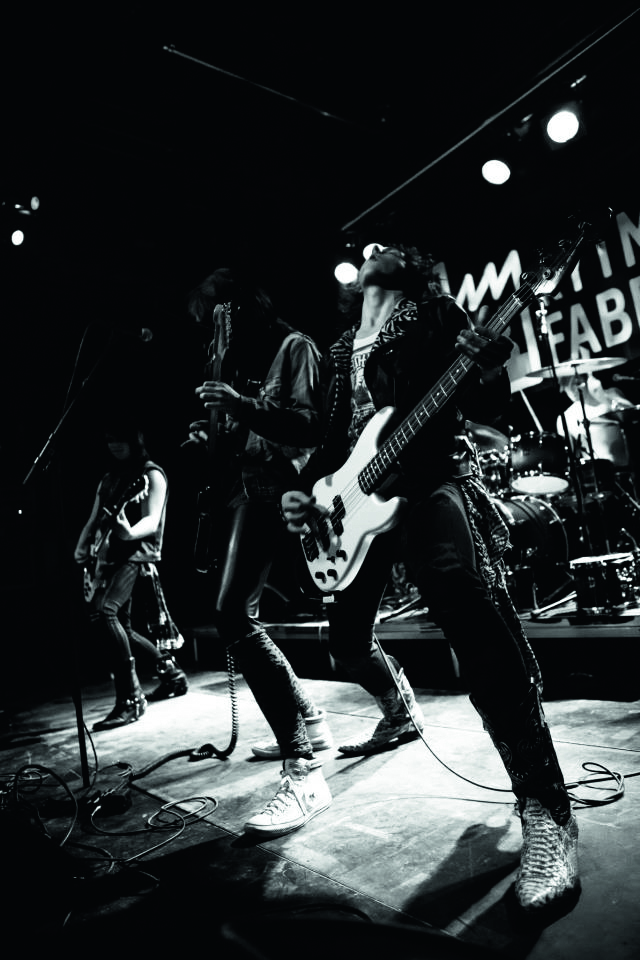 We just got back from Stockholm, which was super cool, and we’re currently planning to record some new demos before fall comes around. We released our brand new studio album Young Hunger on Los Angeles based Demon Doll Records back in May. The album was produced and recorded by Bård Torstensen (of Clawfinger fame) in Arendal, and mixed by Beau Hill at his studio in Texas. Beau Hill is probably most famous for his work with bands like Ratt, Warrant, or Europe back in the 80s, selling millions of albums worldwide. «Young Hunger» is available on the world wide web (believe it or not), or if you’re in Kristiansand they’ve got it at Platekompaniet.

Success is a strange word, isn’t it? We got a lot of good press, internationally, when we released our debut back in 2012. Being reviewed in Classic Rock Magazine was a big moment for us, and we’ve been lucky enough to have played shows with some great bands like Turbonegro, H.E.A.T, Chris Slade (AC(DC) Joe Lynn Turner (Deep Purple, Rainbow) and TNT. We’ve toured quite a bit around Norway, and we like to claim we were the first and last glam rock band ever to play Hove, which we did last year. We’ve also performed in Gran Canaria, which was an interesting experience, to say the least. 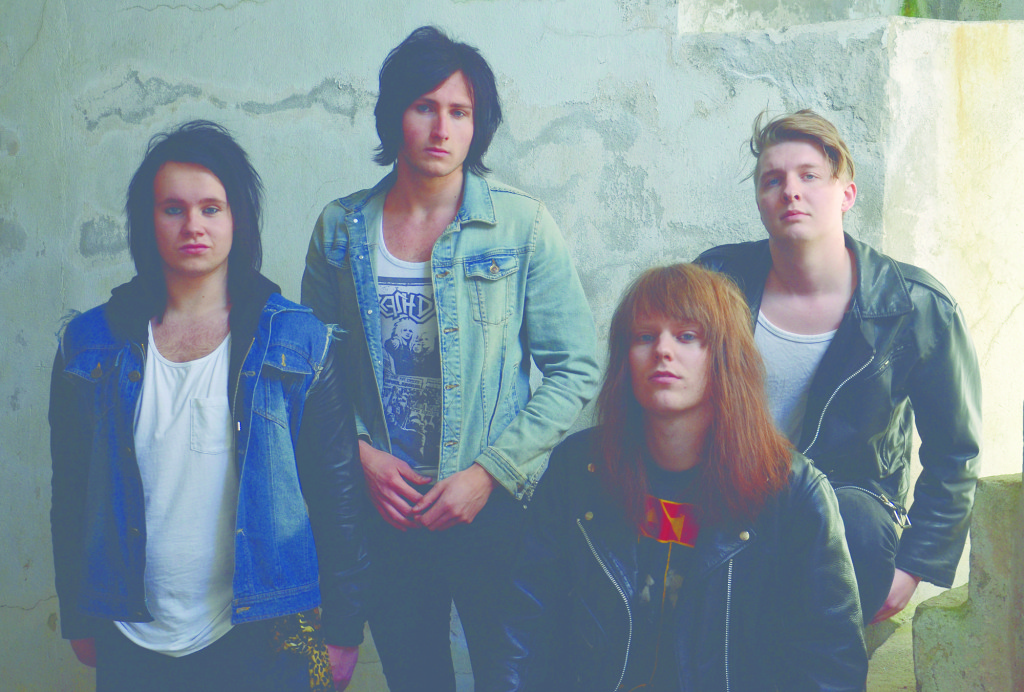 As mentioned, going to Gran Canaria (God’s waiting room?) back in December 2014 was pretty cool. We knew we had a pretty good set to showcase, but we had no expectations whatsoever as to what reactions we would get from the audience. Would there even be an audience?

The soundcheck was horrible. We might be an 80s rock revival band but playing through a soviet PA from 1958 was just a little to vintage for our tastes. But after going back to our hotel, arguing with some Swedes who didn’t like our vocal warm-ups, we got a taxi back to the club and the show went fantastic. There were people there who had travelled down from Las Palmas to see us, knew our lyrics – and I’m not just talking about the sing-along choruses, they were pretty much reciting non-existing liner notes – so we all felt a bit overwhelmed really. 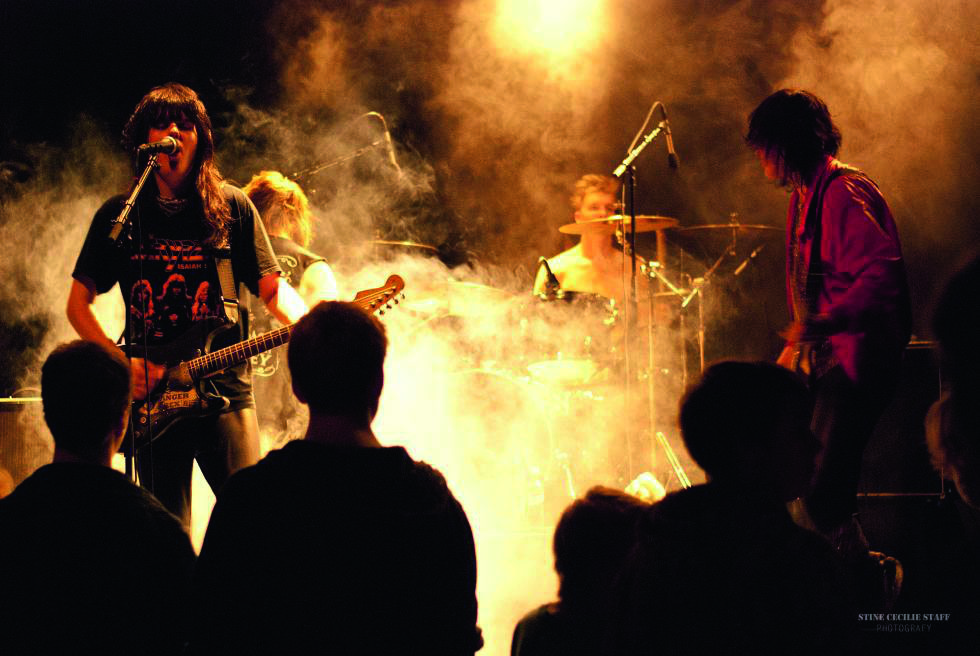