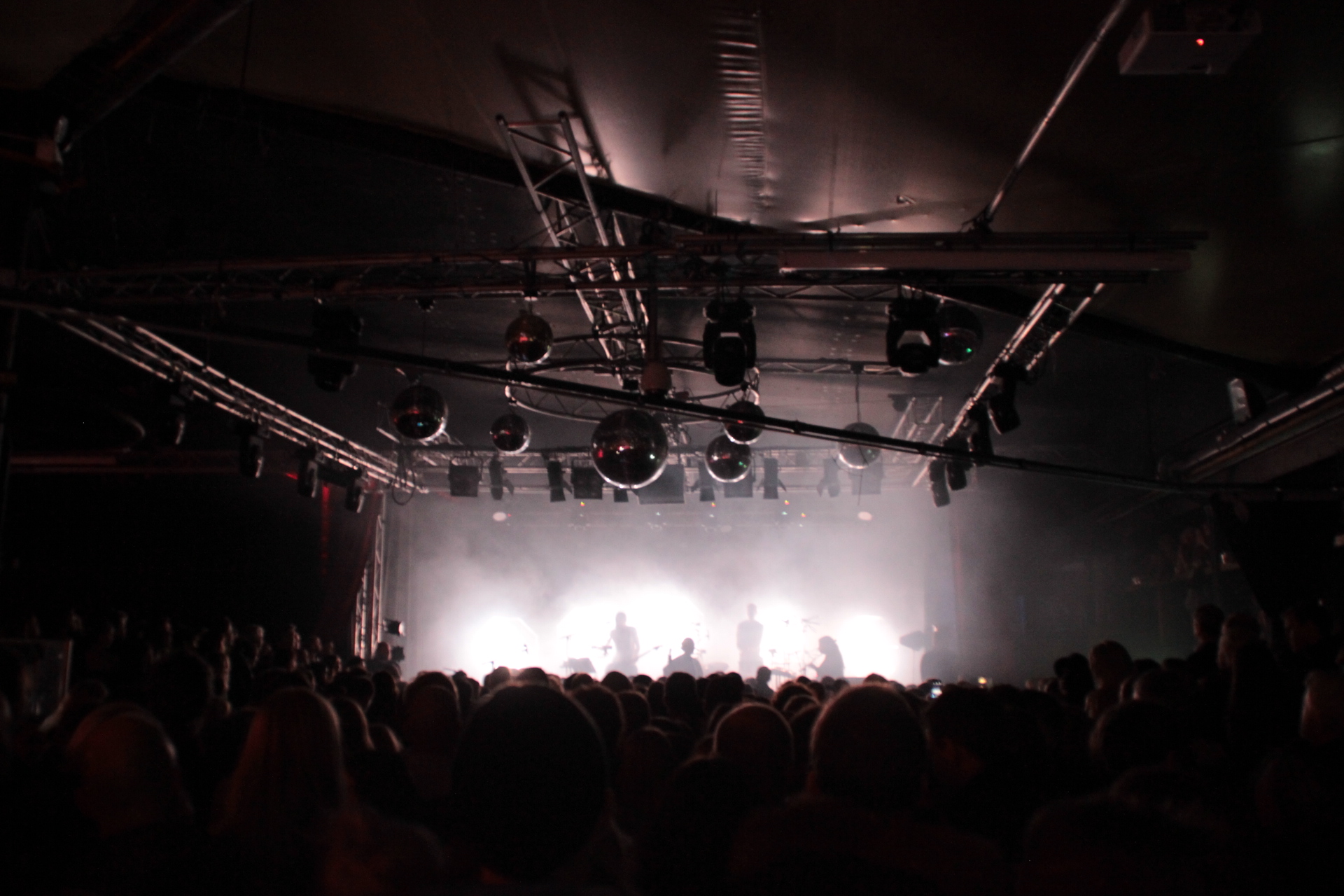 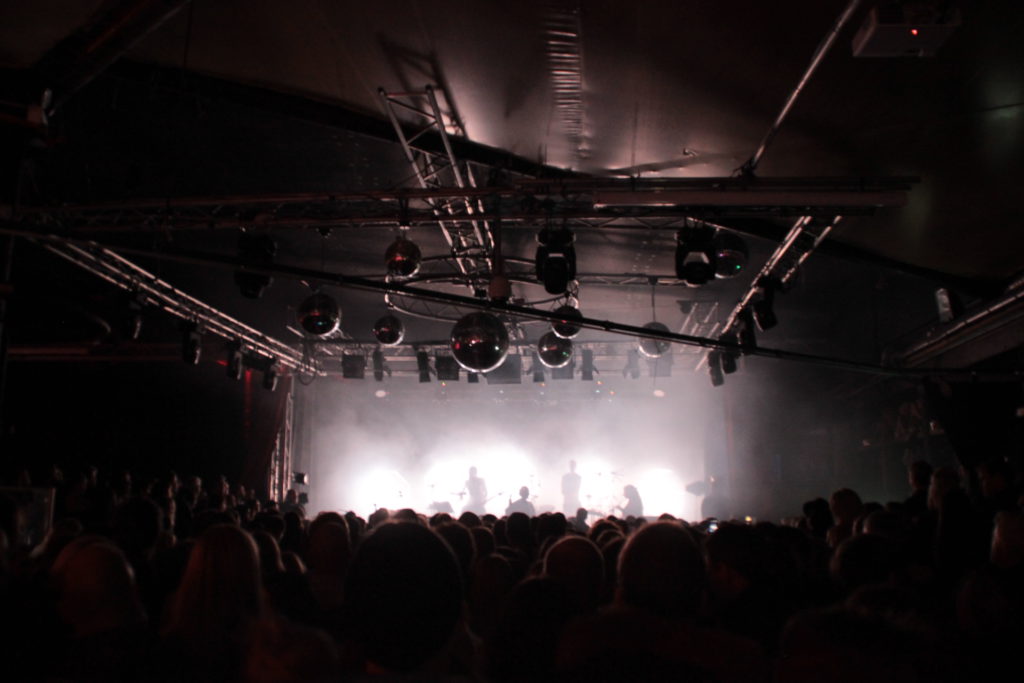 When it has to do with music, it’s not only about lyrics and melody. The sound is just as important, especially when it’s about live music. When Highasakite gave a concert at kick, the acoustic was so bad, you could hear the full-throated singing of other people more than the singing of the actual band. The striking voice of frontwoman Ingrid Helene Håvik got lost in the loud sound of the instruments and the noisy talk of the people. The crowd was not moving, but standing still. It was difficult to feel the music.

Much more impressive was the stage setting. Five big umbrellas were placed behind the band with the inside towards the audience like in a big photo shoot. The lights were flickering and changing with each song from blood red to cold blue. Sometimes the light was so low, you only saw the silhouettes of the band. Pictures of clouds were projected on the top of the wall. On the e-drum, there was a spiral construction, that lighted up each time when the stick hit the drum. It was good entertainment on the visual scale.

The power of the visual reflects the new album “Camp Echo”, which is inspired by global terror and war. Camp Echo is the name of one of the Guantanamo Bay detention camps. The third album of the Indie-pop band is very electronic with mostly fast beats. The song “Deep Sea Diver” has an electronic melody which is an up and down. It’s like in a video game where you have to try to survive in a chaos. The new songs are full of energy, especially “Samurai Swords”. Each beat is like a thunder; singer Ingrid expressed pain with each word, which would be much more touching if the sound of the instruments would not be so dominant.

One of the more light songs is the single “Golden Ticket”. It is more melodious and has a reserved beat, that only explodes in the chorus. Unfortunately, the sound of the singing was again too quiet to hear the beautiful melody.

A surprising moment occurred, when Ingrid started to sing the song “God Don’t Leave Me”. Her voice was in the centre, while the synthesizer played a peaceful melody in the background. One concert-goer after another started to make “psst” to make the talking people get quiet. That was a moment of esteem for the music. Now Ingrid’s voice reached the whole room. The synthesizer added a beautiful a cappella sound to it. After the half of the song, a beat started to increase the song’s power and a playful melody began.

The fans also enjoyed old songs from the second album “Silent Treatment” (2014). For example the ballade “Hiroshima”. In the beginning, Kristoffer Lo played the flugabone, which looks like a trombone. Long deep and high notes made the start sound like a hymn. In the encore-song “Lover, where do you live”, Kristoffer played the guitar with a violin bow, which looked very impressive. The music was again dominated by people who sang along.

The band didn’t talk much the whole evening, but the people even more. Instead, the five Norwegians concentrated on their performance and showed how serious and passionate musicians they are. Highasakite are active since 2011 and a top international band now. They play for example in Europe and the U.S and supported bands like Of Monsters and Men and London Grammar. They are a very experimental and creative group in the Indie-pop-scene. It’s therefore too bad, when their music can not fully be expressed because of a bad acoustic.