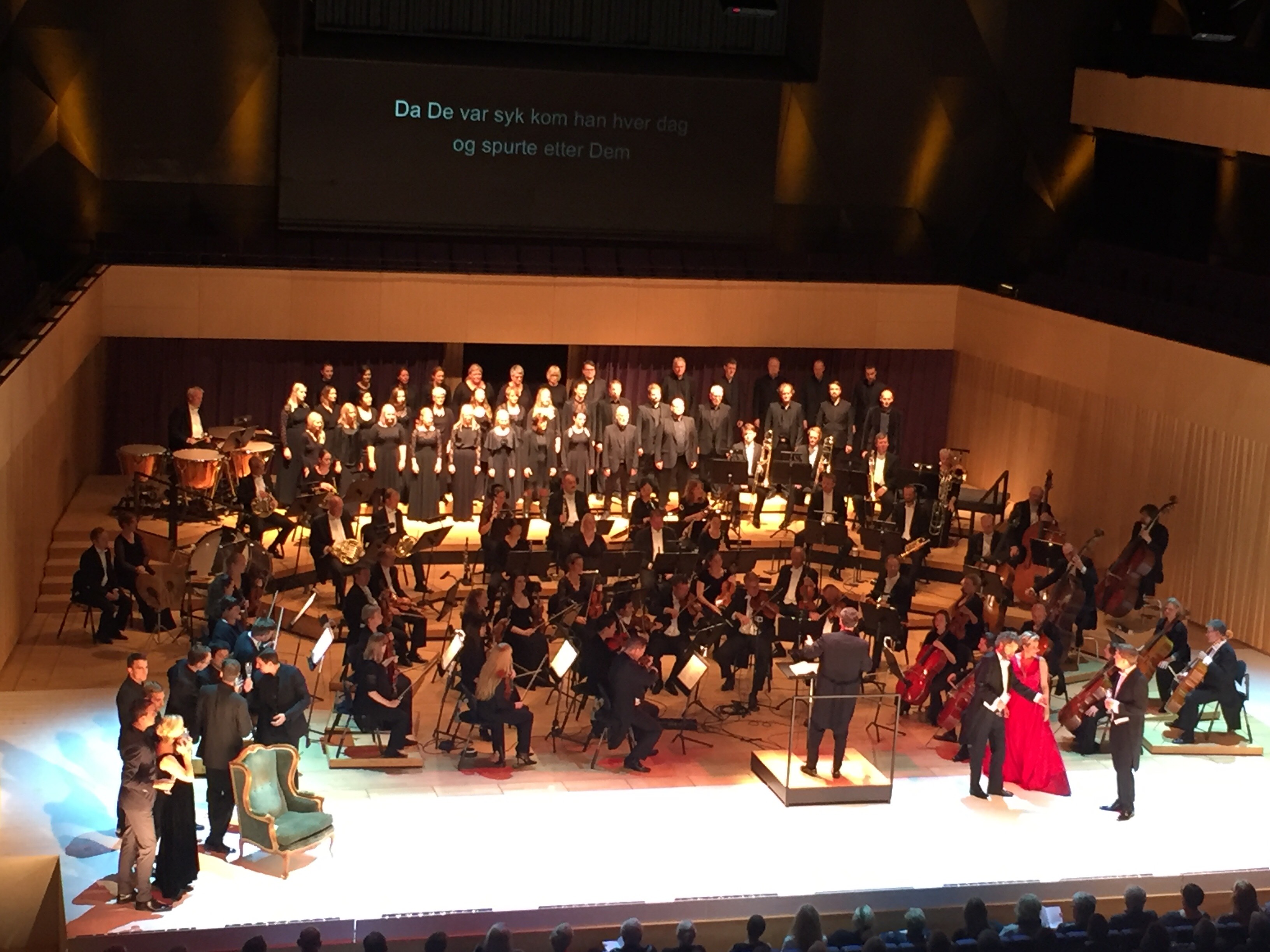 The traviata is an opera based on the work of Alexander Dumas (French writer and novelist 1824/1895) The Lady of the Camellias.

The dramatic theme of the opera focuses on the protagonist, Violeta Valery, a courtesan who focuses her attention on her lover, Alfredo Germont.

On the wall behind the orchestra they had subtitles for what was being delivered in Italian. For me this was quite distracting from the actual performance, and gave a somewhat cinematic feeling.

Kilden has set up a concert format of the opera.

In the concert we were able to enjoy soprano Kari Postma singing as Violetta. In the 1st act we often heard too much vibrato in her voice, she had many decending scales and sometimes it was a bit difficult to understand if she was singing in tune when the vibrato is applied then.

But in Acts II and III the vibrato was a lot less prudent, and you could hear that she had quite a magnificant control of the material.

She also had a fantastic performance towards the final scenes with Violetta´s tragic ending.

The tenor Adam Frandsen who played the character of Alfredo also adorned the end of each sung phrase and high notes with vibrato, he deliverd in pleasantly, with a luminous and powerful voice. His voice arrives firmly and is also quite potent on the high notes.

The sound of the symphonic orchestra and the choir was very pleasant, and very well put together. They managed to draw very well the dark, mysterious scenes from the opera, and also quite convincingly the scenes with romance and melancholy. It was beautiful; the pianissimos (quiet), subitos (sudden volume increase) and crescendos (gradual volume increase), and you could close your eyes and only listen to the music to understand the situation perfectly.

All in all Kilden´s opera consert of this famous opera delivered an enchanting musical experience, and it also gives a taste of the opera with the singers acting out the scenes with a simplified scenography compared to a full production of the opera. 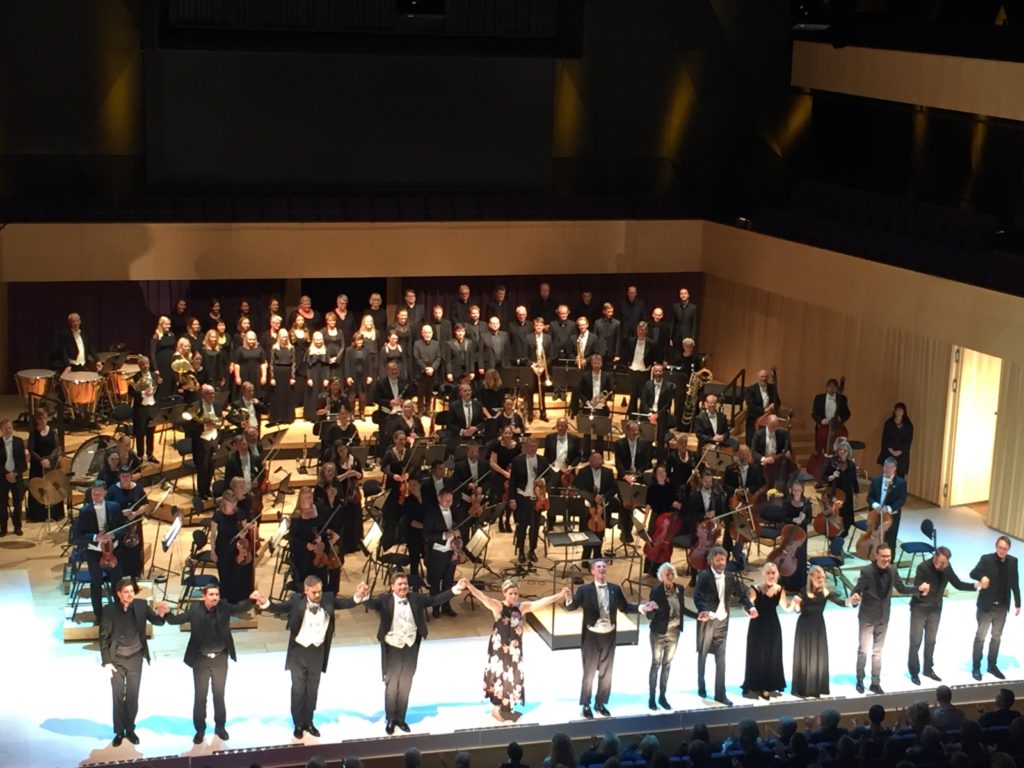