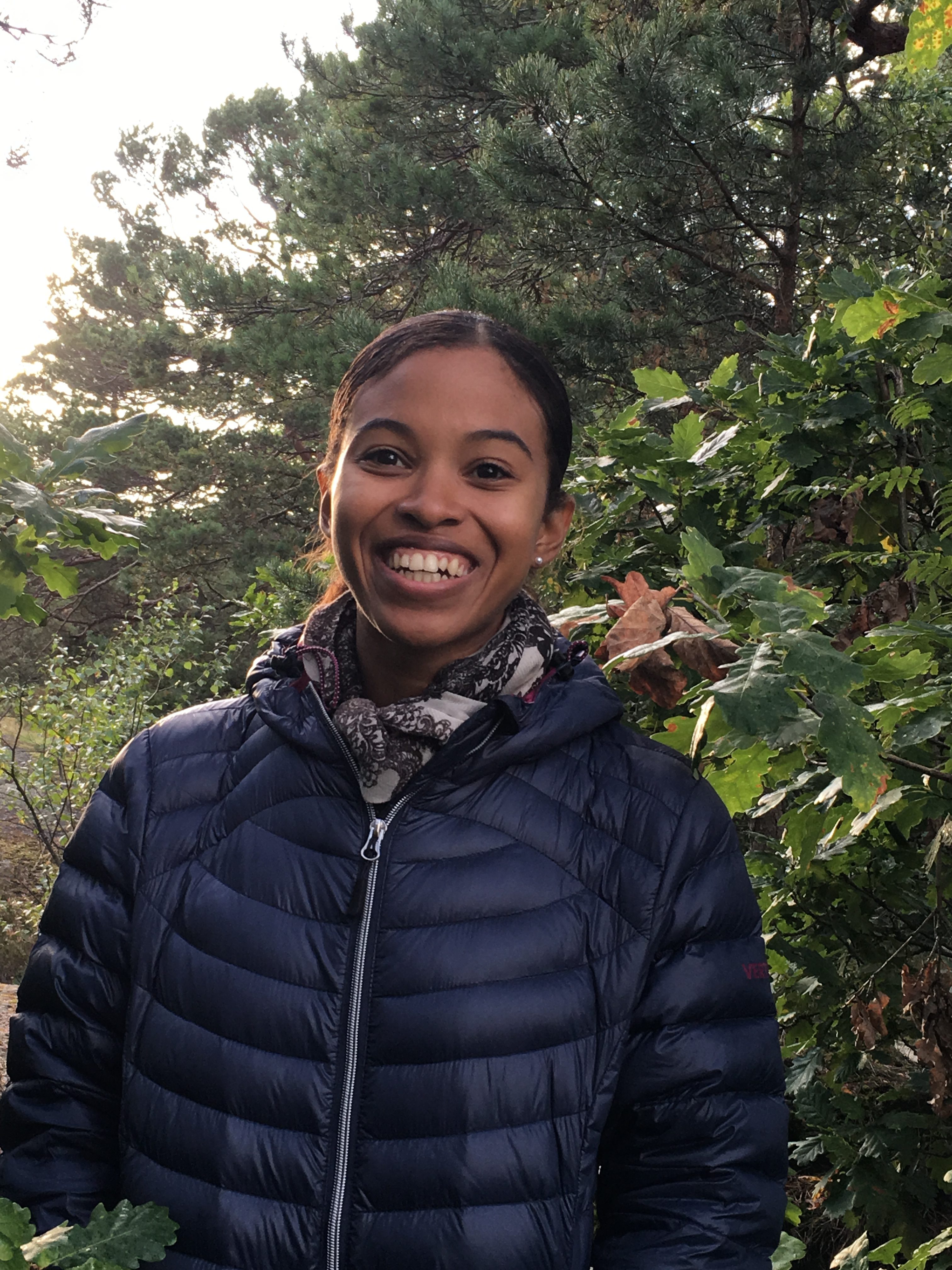 – What does Kristiansand mean to you?

– Well, when I came here for the first time, it was because of my violin audition. It was like a dream come true because I´m from Cuba and I´ve never imagined studying in another country. But maybe this dream is not going to come true, because here in Europe, studying music is very difficult. It’s on a higher level, so I don’t know if I´m going to achieve my dream here, but Kristiansand is more a dream for me than a struggle.

– What moment do you combine with Kristiansand?

– I was really scared when I came here for the first time for my audition. A friend of mine who lived here and my husband, who is Norwegian, protected and helped me a lot during that time.

– What was your reason for coming to Kristiansand?

– My husband and I were together for 4 years, always going back and forth between Cuba and Norway, He was in Cuba for 5 months and then I came to Norway for 3 months. It was hard, the whole time we didn´t really know what to do. The salary and the conditions in Cuba are not very good – especially for European people – so that’s why he asked me to come to Norway to study music. That also kind of worked out for me because I didn’t want to work in Norway right away and I wanted to spend my free time learning Norwegian, so studying here made sense for me.

– How did you meet your husband?

– I met him one day after Valentine’s Day. I was really sad during this time because my boyfriend at the time had cheated on me, so Valentine´s Day wasn´t really a good day for me. We met at a jazz club I always used to go to in Cuba. I was alone there, enjoying the concert. When I was just about to leave, he came over to me and told me that he was also a musician, and spoke a little bit of Spanish. I just thought “Pff and now what?”. I thought he was good-looking but we were friends first. He was in Cuba for 5 months studying Spanish and then went back to Norway. We kept in touch with each other while he was away because we knew that there was something between us. Then he asked if I wanted to visit him in Norway over the summer and see what happens. I was very insecure coming to Norway because we didn’t know each other that well, but I stayed for six weeks anyway.

– We had a long distance relationship for three years and after this I finally came to Norway. We called each other every day and skyped two or three times every week. We spent a lot of money just calling each other every day, because in Cuba you have to pay a lot for a foreign call. So it was really expensive, but I didn’t care, I just had to call him and hear his voice.

– When I passed the exam in Norway and tried to fly back to Cuba, he surprised me at the airport and suddenly said that he had got a ticket and came with me to Cuba. And then he proposed to me on the airplane and I said yes, of course!

– What is the hardest decision you have had to make in your life?

– To leave my parents, I think. Because I’m shy, and me and my parents are very close. So when I moved to Norway, I was very depressed the first month. Also the weather, especially the dark winter here, made me homesick. I listened a lot to Cuban music during my first month here in Kristiansand. Everything was new to me, I didn’t understand the language and didn’t know anybody. My husband was in Oslo the whole time because he worked there, so I felt lonely. and also didn’t really like the culture. People from Cuba are more open and willing to talk to people and smile at them! But the people in my class weren’t like that and didn’t really want to talk with me.

– What do you like about Norwegian culture, and what do you dislike?

– I really like the education system here, the education here in general is really good, you get money from the government so you have the chance to study and find a place to live. Besides that, when you pass your exams, you can keep the money you get from the government. So this is really good, I think. I don’t like the class structure here because when you have to teach the class as a student for one lesson you don’t get the same respect from the class as when a real teacher would stand in front of them. And I don’t like the food, I hate it. But what I really appreciate about the culture here is that Norwegians give you space. In Cuba, people always disturb you and make more stress.

–What do you think Kristiansand can offer you that Havana can’t?

– The school education. Because in Cuba in general, there is a lot of corruption because many people are very poor. So when I auditioned in Cuba I didn’t “pass” because I didn’t have enough money for the fee. It’s really disgusting, people who are talented and study a lot don’t get accepted into universities because they are poor, but rich people with less talent are accepted. I think Cuba loses many good and intelligent people because of that. Here, no one cares if you’re rich or poor, it’s equal. That’s what I like about Norway.

– How was your life in Havana?

– My life in Havana was very exciting but stressful. I played in the opera in an orchestra on television, but I didn’t get payed much, so I played in restaurants and in the park where tourists gave me good tips sometimes. It was really hard, I was running all the time. In the morning, I had the rehearsal with the orchestra and then from 3pm to 6pm I had the rehearsal in the opera. I had to learn many difficult plays, I ate very badly and when I came home I was so tired, but I had to study again. I just had to study a lot. But my life in Cuba was magical, in my childhood I always played with the neighbours, eating mango in the summer, going to the beach…I miss it.

– I don’t think so because after living here for one year, my mentality has changed. I like my space, I like when I can do whatever I want and it’s not as stressful as in Cuba. If I want to create something, or play with a group of musicians in a theatre, I can just ask how much money they want for that and I know that they won’t overcharge unlike in Cuba. The people in Cuba are also lazier and are never punctual.

– What is your biggest struggle in life?

– I don’t think that I have any struggles, I am very happy in general, I’m just happy with my career. I have played the violin since I was seven years old and since then I have dreamed of playing professionally. Many people have told me that I can’t do it, that I should do something more realistic, become a teacher or something else, but now I play in the opera and in the orchestra, and I’m very satisfied with my life. Sometimes, I’m not happy, but that is just human I think.

– Give me one piece of advice.