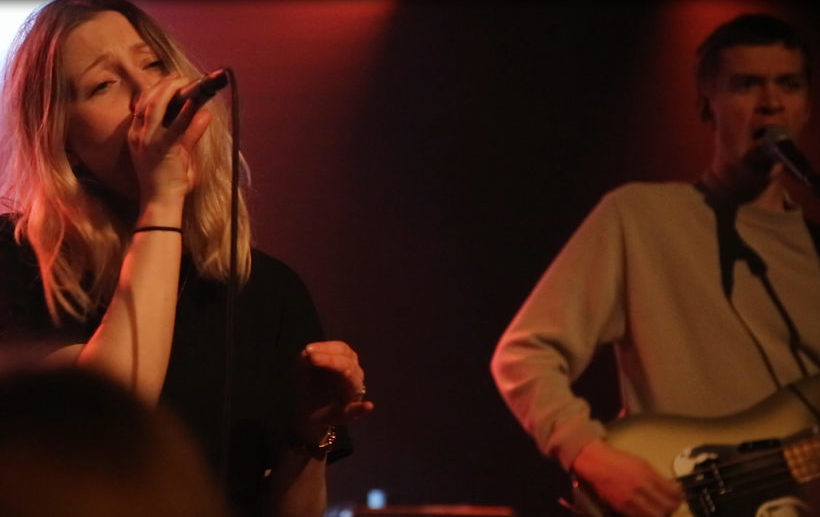 Sløtface is a well-recognized Norwegian punk band with many gigs under its belt that even has received some attention overseas.

Before the main event, the trio Sauropod performed. After a performance featuring the clean vocals of Kamilla Waal Larsen (bass & vocals) and the husky and powerful voice of guitarist Jonas Røyeng (guitar & vocals), the audience was pumped and ready to enjoy Sløtface.

Sløtface broke the boundaries of my narrow taste in music. I thought that punk music was loud and complicated, but this performance led by the intense voice of the female vocalist let me easily fall for the charm of punk music. Above all, I was impressed by how they appeared as one with their audience. Like their free-spirited music, they crushed it onstage with their audience and then came down from the stage to communicate with them and enjoy the music. However, I was sad that it was a small and simple venue with no proper stage or arrangement; I think lighting effects and sound systems could have enriched their performance even more. As my first experience with the band, this was very enjoyable.

If you have not heard their songs, I recommend listening to “Magazine” and “Kill’ Em With Kindness”!