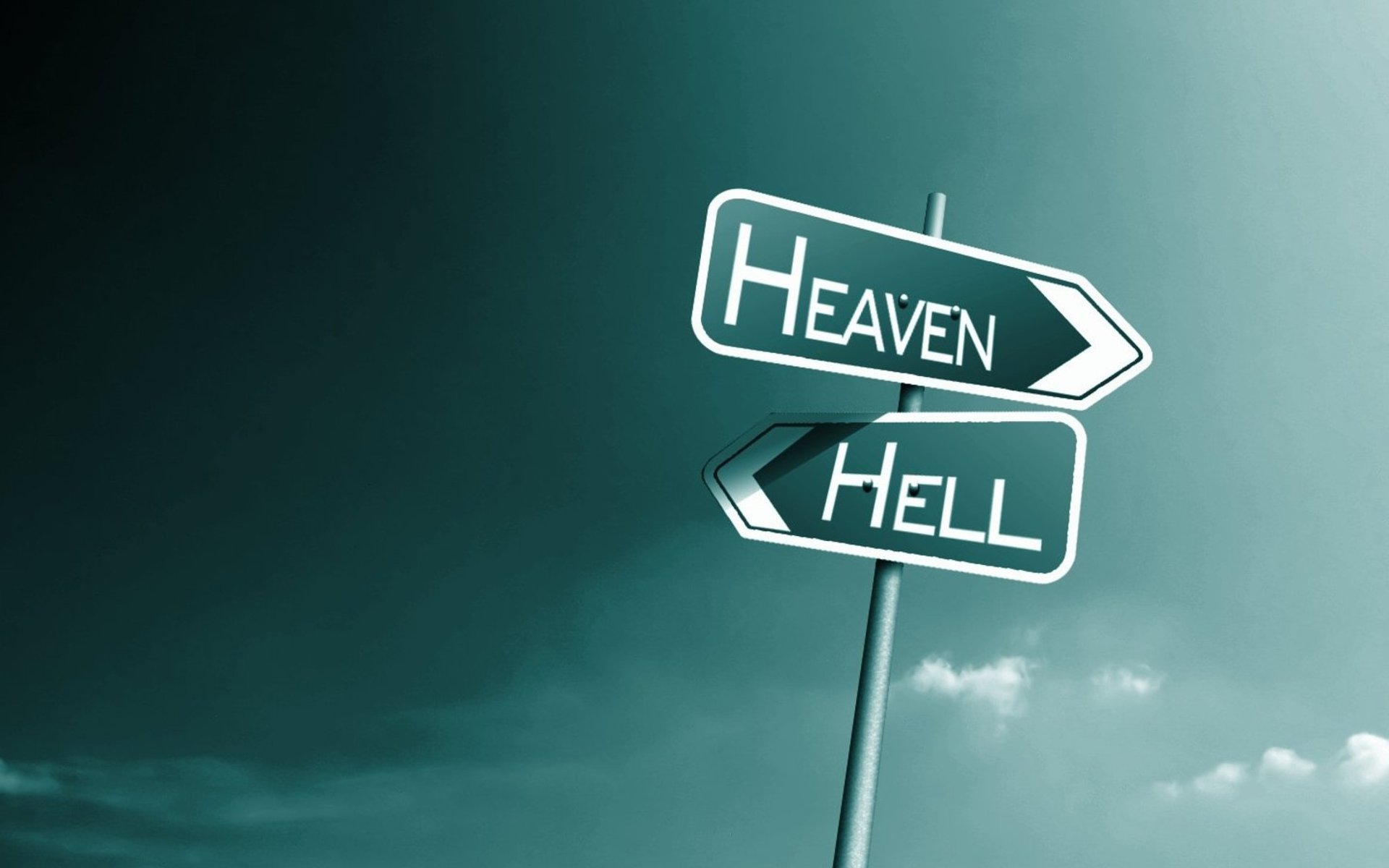 A quiet breeze fluttered through the empty streets, enveloping the night in the sound of it passing through small canals resembling those of a flute. It played a soothing melody, which could calm any stranger passing by. The stars flickered dimly on the dark canvas that was the evening sky, the moon gleaming in all its glory. It lit up the streets in a way no fabricated light could, the light dazzling in tiny puddles, reflecting off certain surfaces. The streetlamps were turned off, to emphasize the beautiful, natural light the moon brought. All the houses occupying the streets were as silent and dark as a grave, bringing with it a certain sense of tranquility that could not be replicated in any sort of form. The blanket of night wrapped the town in its ravishing silence and beauty, promising safety to its inhabitants. But it was a promise the night could not keep. A promise which was broken.

Inside an alley, between the bricks that laid the foundation for the ground, small veins of water ran through, sparkling in the white light of the moon. The deepest depths of the alley were cloaked in a veil of darkness, as if hiding something mischievous. The sound of water created an aesthetic of comfort, as the sound of the water running through would remind any passerby of a silent riverbank silently going about its day. It would be a reminder of nature, a thing no inhabitants have seen in a long time. Yet, this calm would be disrupted. Because hidden inside the alley, a flower resided. From a distance, one could see the outlines of red petals, dripping with what one could only presume was water. However, as one approached, the veins of water turned from white to red, as if the flower infected the area around it. But if one dared pursue this flower, as the inhabitants of the town did, they discovered the horror the night tried concealing with its darkness inside the alley’s depths. And they realized, that the night was not a place of tranquility, but rather a place of unimaginable, unfiltered terror.

From where there once a human stomach had been, an ocean of blood resided. In the vast ocean of the crimson depths, tiny islands of grinded guts and broken bones floated about. Planted square in the middle, like a palm tree rising from the ocean floor was a ginormous fish hook, from which intestines were hung, creating the illusion of a flower. From the intestines blood trickled and slowly dripped into the ocean of blood beneath. The intestines reeked of death and decay, and anyone who approached clasped their hands unto their mouths to keep the bile in their own, intact stomachs. The face was oddly undisrupted, but even more peculiar was that their features emitted an abnormal peacefulness. Little pieces of broken bones kept the hair tied up in certain places, as if they were nothing but ornaments. If not for the horrific sight of the gutted stomach, one would see a very pretty girl. But instead, one was greeted with a grotesquery sense of dread, horror and intangible fear, and the odor of death and rotting.

The first to arrive at the crime scene was a young fellow named Jacob, who upon following the red trail of the veins, cast his gaze onto what had once been the pure maiden Freya. Instinctively, his own gut twisted and turned in response to what his eyes observed, and his own stomach could not contain its belongings anymore. Between vomit exiting his mouth, he tried calling for help, but the noise was canceled by the churned breakfast he had devoured this morning which came out at a steady pace. As all that was contained in his stomach were mixed along with the water and blood in the veins, he was finally able to let out an overdue scream of pure fright. He screamed until his vocal chords had no means to produce the sound anymore. By that time, the town had awoken, and all had gathered around young fellow Jacob. He was carefully lead away from the scene, and the sheriff of the village ushered people away as to spare them of the terror in the alley. But it was too late. Fear unleashed its thorny roots around the village, twisting itself between each and every villager, tying them down with the dreadful feeling of unescapable despair. The village would never be the same again.

With each passing night, a new corpse was discovered. Each made artistically horrid and grotesque. A curfew was put out, however, something about the dark and mysterious night drew people towards it. Or what is something else entirely?

After a month in rehabilitation, young fellow Jacob was released from the house he had spent his many sleepless nights. People may have been scared, but nothing compared to what pain haunted young fellow Jacob. He saw shadows, heard voices, whispers, felt long nails scrape along his soft skin. Upon taking his first step in the village again, he noticed how changed everything had become. From a village bursting with friendly faces and an aura of peace and tranquility, now stood the deranged corpse of the leftovers. Every face was coated with the same dark layer, their eyes jumping to each side by every moment in their vision. It did not help young fellow Jacob.

He wanted to escape, but as every villager learned at some point, beyond the village was nothing but fog, and the fog sent you right back to where you started. But they had all they needed in the village, so what good was there to venture outside the border?

To escape this containment of despair.

One peculiar day, young fellow Jacob found himself walking along the very same street as the day he had come upon Freya. His skin crawled at the prospect of entering that dangerous water, his mind begging him to not reignite that memory. But blocking the path into the alley was the fragile physic of the Madwoman Prophetess. Her many chains and ornaments clacked as she swung her head around to observe young fellow Jacob. She looked practically like a ghost clad in a dark blue veil from top to bottom.

“You have seen his work, haven’t you! The Reaper!” she cackled and pointed at young fellow Jacob.

“Up is down and down is up. Heaven is Hell and Hell is Heaven! The Bringer of Death is the Bringer of Life! Wish, my young fellow Jacob, WISH! Wish for his arrival, pray upon THE SHINIEST OF STARS MY YOUNG FELLOW JACOB. WISH! And he will come to you and release us all from this putrid purgatorium! WISH, YOUNG FELLOW JACOB, WISH!” she hysterically laughed.

By this interaction, young fellow Jacob ran away as fast as his meager legs could carry him. He had to get away this very instance! He did not care for the villainous fog, he would defeat it! Yet, as he battled through the dense and thick fog, his efforts were in vain. But he tried and tried and tried. And in the far distance, he was sure he could hear Madwoman Prophetess cackle.

As the sun left the canvas that was the evening sky, young fellow Jacob’s energy was drained, and he had to make his retreat. He would try again tomorrow, and then, he would succeed! He was certain of it. Yet, his lack of energy had made him ignore one, important fact. The night sky had drawn fully across the sky and he was all alone in the streets. All alone. He saw a shadow dance behind him, no wait, two, three, six shadows! He heard cackling emerge from the alleyways. The water which ran in the veins below him was blood red.

“Am I going mad?” young fellow Jacob thought to himself.

A dark cloud obstructed the light of the moon, and young fellow Jacob was left in the empty darkness, all by himself. He could not see even one meter in front of him. He suddenly felt like a thousand needles crept up alongside his arm, and in response, he screamed out for help. But no one came. He tumbled around in the darkness, just like he had in the fog. Yet, no ground felt familiar, he could not see a single house. Only the brick road in front of him was visible. He could not take this anymore, the madness.

“Please, release me from this pain!” he roared out into the dark abyss.

Upon uttering those words, Madwoman Prophetess manifested in front of him. But she was the ugly, mental woman young fellow Jacob had seen earlier. No, this woman was dressed in the most beautiful black gown, with a single white ribbon tied around it. Her dark, long locks silently fluttered in the wind.

“Young fellow Jacob, it is time. Time for you, to wake up,” she sang, like a maiden.

Young fellow Jacob was hypnotized by her voice, and slowly walked towards her. As his face was about to be right in front of hers, he felt a cold sensation in his stomach. He looked down, and was met with his own reflection, which danced upon the cold, metal steel of the dagger that was plunged in him. He looked up, but it was not Madwoman Propethess who stood in front of him anymore. No, it was the Reaper, clad in a dark hood, its menacing red eyes flaring at young fellow Jacob.

And so, the very next morning, the villagers, were met by the gruesome scene that was young fellow Jacob’s mutilated corpse.

Upon finally waking up, young fellow Jake was met with the scorning, morning sun. It blended him, and he raised his hand defensively to protect himself against its dazzling rays. As if his eyes had yet to accustom themselves to natural light. He could not recognize the room for which he laid in a most comfortable bed. The only thing his ears immediately recognized, was the slow and suspenseful splash of the fluid breaking the surface in the IV drip bag.