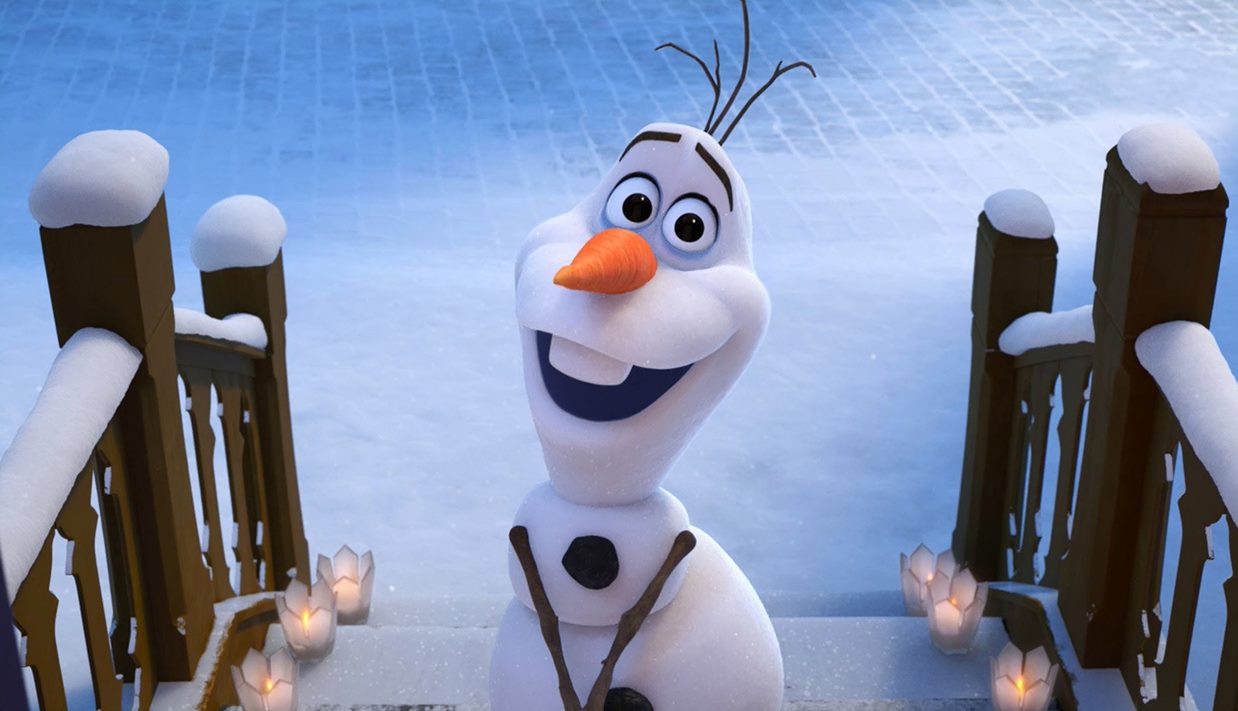 I’ve ended up doing a Disney spoof column every week. I started with the Lion King (“Scar Did Nothing Wrong”), went on to do Mulan (“Mulan Is an idiot” / “Mulan Is Trans – Fight Me!” (no relation)) and did Tangled (“All Horses Are Bastards”) last issue.

This was supposed to be an article about Frozen and how I hate that I’ve grown to love Olaf the snowman.

My favourite Disney movie has been the Beauty and the Beast for a long time. I mean, the music! And the art! And the wonderful story!!! Who DOESN’T love it? It won a fucking Oscar for Best Picture and single-handily made “Best Animated Movie” a thing.

But I have now read and listened to quite a few different perspectives on that movie, a few of which makes it hard for me to think of it as that great anymore (hey! Future article idea!).

Anyway. What was I talking about?

Oh yeah! Frozen and how I hate Olaf!

You know what, I probably need to explain stuff before we get to this.

Why I’m Doing a Frozen Series

Do I have to explain what movie I’m writing about? The movie was a world-wide Disney hit not seen since the Lion King. And ya’ll know the song. There are only two kinds of people in the world: The people who know the refrain to “Let it Go” and fucking liars.

Anyway, I used to say that Frozen was the better written movie, but that Tangled had the better premise and characters, and was overall the better movie.

Now I think that Frozen is the best movie Disney has ever made.

It’s kinda sappy, right? “Love saves all” and all that.

But love is woven into every fibre of that movie, and on about my tenth re-watch of it (drinking games…….), I’ve started to really notice how much of a bloody great movie it actually is, and how much of a great study it is of love and its true form and its perversions.

This originally one-off article about my hate of Olaf have grown into a treatise about how Frozen’s takes on love and relationships are really awesome, and how it converted an ardent “love as a premise/theme is stupid” guy like me into a guy who will now nag on and on and on about this movie to anyone who will listen. And anyone who don’t want to, TBH.

So, going forward, I will write an article each issue exploring the different ways Frozen can teach us a thing or thirty about love. Starting with that fucking obnoxious, annoying, hateable and fucking disgraceful snowman. A snowman that I apparently love now. Fuck!

Why I No Longer Hate Olaf, Apparently

This whole thing started as a rant about how darned stupid the snowman Olaf is. The only problem is that he is not. He is obnoxious as fuck, but also THE key element to the themes of love and sacrifice that runs through the movie.

See, both Anna and Elsa are severely neglected. They’ve been isolated from each other and most everyone else for most of their lives. And they both respond to this in very common ways. When a child is neglected, they’ll usually respond in one of two ways.

To put it in other words, if a child has a need for safety and comfort that is not being met, they will either jump at and cling to any and every person that make them feel safe, or give up and shut themselves off completely. (Look up “attachment strategies” in psychology. A fascinating read.)

Anna did the former, and Elsa did the latter.

But we were talking about love.

Well, because of their childhood neglect, they both have needs that haven’t been met, and they respond to this in these different ways. Anna jumps at everyone and anyone who’ll give her love (more on this in Part 2), and Elsa shut herself completely off from everyone she loves.

See, Elsa’s view of love (inadvertently imprinted on her by her parents) is of self-sacrifice. If you love someone, you should put their needs above your own. This isn’t untrue, of course, but she takes it to the extreme.

Because of what happened when Elsa and Anna were young, Else now sees her ice powers as a danger that she needs to control. And because she can’t, she needs to shut herself off from everyone; sacrificing her own well being for those she loves.

But she DOES love her sister. You remember that cute and sad song, “Do You Want to Build a Snowman”? Kinda the symbol of how much Anna misses her close relationship with Elsa, and how much she wants to be with her sister? Well, Elsa misses and loves her sister too. Above everything else. The very first thing Elsa does once she gains (a measure of) control of her powers is to make a snowman.

A snowman who later turns out to be alive. Olaf.

Olaf is pretty naïve and loving, but he shares one all-important and all-encompassing trait in common with Elsa. He considers the needs of everyone he loves (which is basically everyone…) as more important than his own. To the point of stupidly sacrificing his own life several times in the movie without really thinking about it.

He’s the first line of defence. He places himself between Anna and Kristoff and the abominable snowman. When he thinks the Kristoff is crazy, he tells Anna to run and goes over to distract him. When Anna is almost freezing to death, he lights a bonfire and does not care that he is about to melt to death as long as Anna is safe.

Well, that is what Elsa imprinted on him. That is her view of what love is. If you love someone, you place their needs above your own to the point of suicide. Even if that ends up hurting the ones you love.

Now, of course, that is not true love. Sacrificing your own needs (when necessary) is ONE component of a loving relationship, yes, but hyper-focusing on this one is not healthy, and this is one of the reasons why both Elsa and Anna are not doing well throughout most of their lives. Why their perspective of love has been frozen into perversion.

And gains full control of her powers.

But to bring this back to that ridiculously stupid snowman:

Olaf is the symbol of the love the sisters have for each other. They both miss the good times they had together when playing in the snow. Anna sings of building a snowman, and Elsa builds one instinctively at first opportunity. He is also the symbol of Elsa’s skewed understanding of love, where he (and Elsa) will sacrifice EVERYTHING for the ones they love.

Fortunately, they all learn from their mistakes and grow close together again.

I hate that this is so fucking beautiful and that I love it. Believe me or not, I am actually kinda crying right now.

Next time on Frozen Love, Part X, how “love is an open door” is stupid and almost kills Anna.