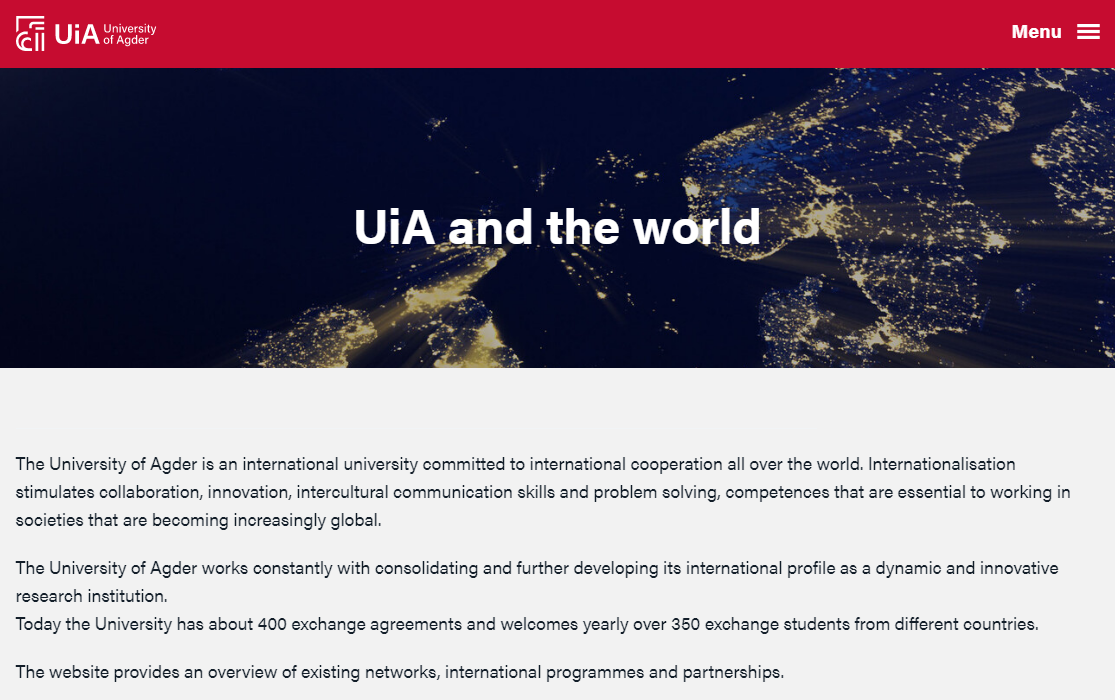 “The University of Agder is an international university committed to international cooperation all over the world.” These were some of the first words that struck me when applying for degrees and exploring UiA. Here was a University, in the oddest little city in the world, that was extending itself internationally, teaching degrees in English, and inviting the whole world to collaborate.

I was accepted into the development studies bachelor, the first bachelor program run entirely in English. I was excited and anxious to see how a university in Norway – with a pretty strong global reputation of being a welcoming, socially inclusive country – was going to structure itself to include international, English speaking students! I was in for a surprise, though: they just didn’t. Outside of my degree’s classes and interactions with professors, there has been slim to no effort made to even acknowledge the existence of foreign students on campus.

In saying that, I realize should make a distinction between foreign degree students and exchange students. ESN has streamlined the exchange semester down to an art – from arrivals, integration, socialization, and support through bureaucracies exchange students have support through it all. UiA has even collaborated with multiple city offices to make the process as natural and inviting as possible for exchange students (which, if nothing else, shows what the university is capable of accomplishing when they prioritize something.) In stark contrast, none of these supports exist for foreign degree students.

To start, just take a look around the university, and imagine navigating it without a fluent understanding of Norwegian. I have ordered food at the cafeteria that I’m allergic to, because I can’t understand the menu. I’ve walked into private offices thinking they’re classrooms, because in most buildings I can’t read the directories. Just printing my first document in the library was a thirty minute task. With all these struggles, and the added stress of immigrating, I decided to reach out to SiA health for counseling. You might not be surprised to hear their online form is in Norwegian, and I needed a friend to help me apply for an appointment. We learnt, though, that SiA appointments require a Norwegian birth number to be booked.

I thought that perhaps becoming the student representative for my program would be helpful in giving foreigners a voice at UiA. Before the first meeting, my co-representative reached out to make sure they’d be doing the presentation in Norwegian and English. They simply said no, because doing a meeting in two languages was not worth the effort for the few foreign student reps. Despite my constant objection, to this day I’m told that representative activities will not be adjusted for foreigners.

This is the point at which I learnt perhaps the single underlying issue: it was decided by UiA administrators that the official language of the university is to be Norwegian, and only Norwegian. I thought to myself, how does a university herald itself as internationally oriented, when it is not even willing to communicate in a language accessible to the foreigners who come to it?

You see, the exclusion of foreign students from university life goes deeper than practicalities. To be an immigrant anywhere is difficult, often lonely, and usually scary. Many of us have learnt quickly, also, that Kristiansand is not necessarily the friendliest to foreigners. We are often met with insecurities of speaking English, sometimes explicit racism, and I’ve even been sent out of municipal offices after being told “no one here will help you in English.” I have already broken down crying in the bank and in the town hall – now I just have to cry in the tax office to make it a hat trick. When this is the daily world us foreigners face off campus you can maybe understand how every experience on campus where we’re excluded over the language barrier feels like a gut punch. Shouldn’t the university be the one place where we don’t face discrimination and exclusion? 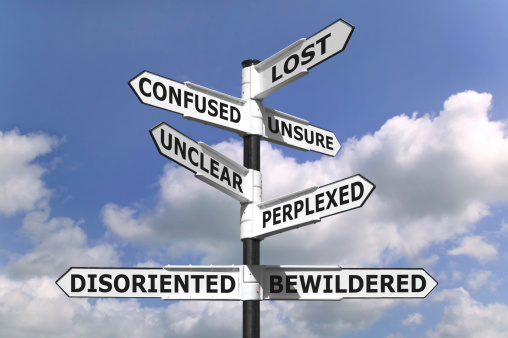 Considering all this, I recently reached out to STA about starting an advocacy group or organization for foreign students. I figured since their overall goal is “to work for the professional, social, economic and welfare interests of the students at UiA” that they would be the one organization capable of helping start change. I was told, however, that STA has spent too many resources already attempting to initiate something similar, and if I want to begin an advocacy group I’d best get the emails of international students and start something on my own. It was a disheartening realization: there isn’t currently a single organization in UiA I can find willing to stand up for foreigners.

I could fill an entire edition of Unikum with disheartening experiences of exclusion that myself and my international friends have faced at the university, but I’ll spare you. There are two points I’d rather spend the rest of my wordcount making.

First, is that every small act of reaching out to us foreigners is major. Every time the cafeteria staff remember me and speak to me in English, every university facebook event that includes an English description, every student organization that publishes material in both languages – it means the world to us. So thank you, to every individual and organization that makes an effort for inclusivity!

But also, the “second class” existence of foreigners at the university is perpetuated by deep, systematic issues that it seems no one is overly concerned with confronting. It is as if, because we are still such a minority on campus, it is just too easy to ignore how difficult it is for us to be a part of UiA.

Currently in the world, internationalization seems inevitable; we are all becoming more mobile and connected. UiA is ensuring its competitiveness in the coming globalized era by diversifying it’s student population. It is my sincere hope that one day Kristiansand is such a hub of international collaboration that the issues of including foreigners at UiA will be hastily addressed and exist as nothing but an embarrassing, if not slightly ethnocentric, blotch in the university’s history book. But until that day comes, the foreign students at UiA will be the ones paying the price for its efforts to compete internationally. My challenge to the board, the student democracy, and all influencers at UiA is this: how long will you stand by, watching foreign students suffer from exclusive policy and action, until you decide we are a priority?