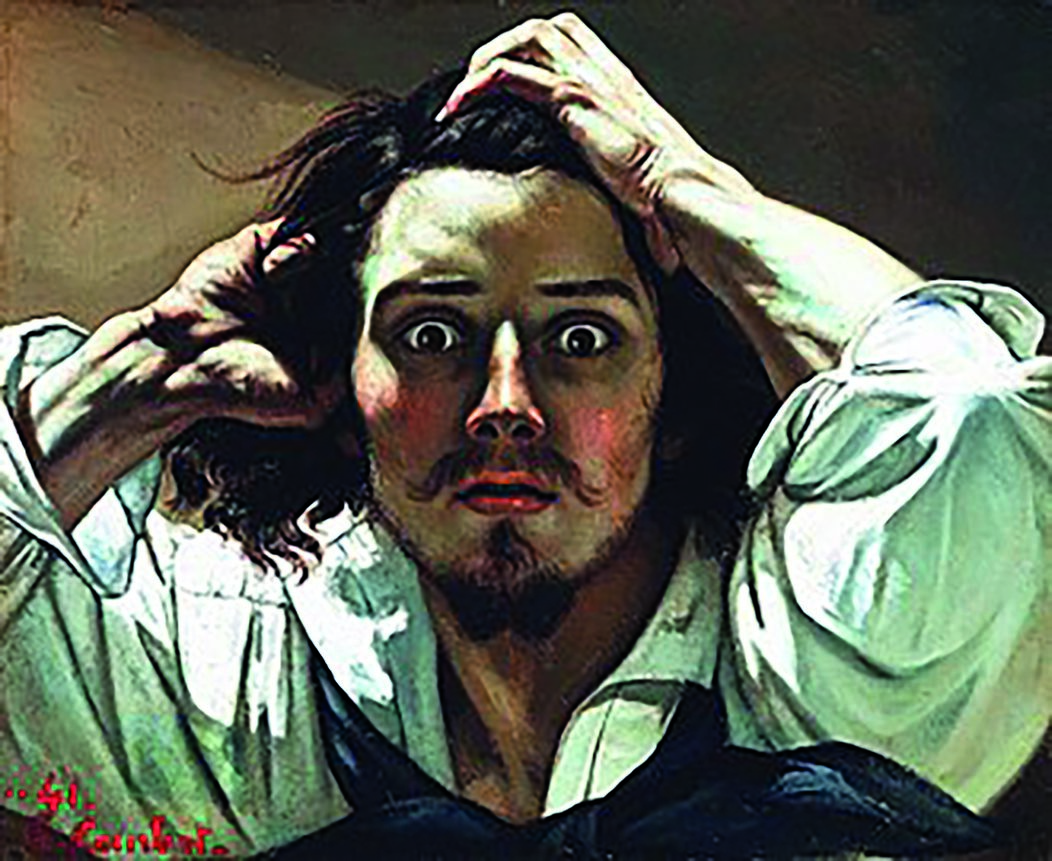 A tale as old as art itself. Ludwig Van Beethoven, Vincent Van Gogh, Nikola Tesla, Fredrich Nietzsche, Robert Schumann, Charlie Parker, Janis Joplin, Amy Winehouse, Kanye West. History has countless examples of revolutionary artists with significant demons both inner and outer. The question then follows: Are mental illness and creativity inexorably linked? Why is society often bad at taking care of our most visionary minds? And is it our fault?

Now first off, I want to make it clear that I’m not trying to stigmatize those of us that have struggles. I am rather trying to examine our relationship with the idea of the tortured artist. There are many examples of people who use their chosen artistic discipline as an avenue for self therapy. Currently we also have in Kanye West a prominent artist who is quite open about how his bipolarity affects his creativity. No matter what individual struggles you or an artist you follow may have, I wholeheartedly believe that you should look at them with a great deal of compassion. God knows the world needs a little more good old-fashioned love right now.

So are creativity and mental illness inexorably linked? Though there are some studies showing links, the most prominent being from a census study from Karolinska Institute which shows an above average percentage of people in creative employment suffering from various mental illnesses. Still, most research shows slight correlation at best. Still the story of the artist courageously forging ground-breaking art while either living in squalor or simply numbing their nearly overpowering inner life with various substances is one that is hard to beat.

Besides all the stories of crazy rock stars, egomaniacal artists, depressed writers and other mythical beings; Are any truly great artists relatively well-balanced people? I think we often forget these examples since the nature of celebrity makes us value personal backstories with a little extra spice so to speak. The people who lead remarkably “normal” lives don’t really generate clickable headlines outside of the work they produce.

If we go back in time, we can find an example like Johann Sebastian Bach, who, besides once in his youth taking a slightly longer than granted sabbatical, seems to have led a responsible life taking care of his many children, running a music school, composing new music for church services and otherwise performing at churches and courts both as a conductor and an organist. I don’t think that there is a single musician who would dispute Bach’s immense place in western classical music. A notable example from modern times might be the director Christopher Nolan who I have never really read a headline about that doesn’t involve one of his films. Maybe more perplexing would be Tom Waits whose work would paint a picture of quite a tortured sole. He is quite a private person, so it’s hard to draw conclusions but based on his sheer output and seemingly stable family life I would guess that he might have a dark mind, but a somewhat normal outer life.

What I see as the common denominator of these artists and the more troubled examples from earlier is mainly the intensity of the devotion to their craft. When Charlie Parker wasn’t doing heroin, he was most likely practicing his scales. It’s important to remember that very few artists are able to create while deeply depressed, psychotic or dead. Often will their work be born in spite of their struggles rather than because of them. Though there is no doubt that having a mind that works atypically will likely create art that “normal” minds might not conceive of as easily.

Another famous “tortured artist” trope is the former child star run wild. These cases are especially disturbing when the star in question started so young that they never really seemed to have any say in whether they wanted the career or not. But here I think the cause of their tortured nature is much clearer. It isn’t the child star themselves that are born broken, they’re being exploited by the entertainment business and the process, sadly is subsidised by those of us that consume said media.

The comedian Dave Chappelle famously walked away from a 50-million-dollar TV deal in 2006. Reports at the time were inconclusive as to his reasoning, seeing as how his show was at the height of its success. On his special “The Bird Revelation” Chappelle sheds more light on his situation at the time by telling a story of how a Pimp used some pretty horrific manipulation to keep his most valuable worker past her breaking point. With this he relates how he feels a lot of entertainment companies exploit their artists not just monetarily, but also psychically and physically.

Our cultures’ obsession with the personal lives of our favorite artists has certainly not gone down after the advent of social media and reality TV. But what does this do to our beloved creatives? I honestly don’t know, and I don’t want to preach from some high horse. I click on any article that so much as mentions a hint of actual information on how far along George R.R. Martin is on his newest book. I love a good Jaden Smith twitter breakdown as much as any person. The point is we ourselves as consumers of mainstream art/entertainment are most likely complicit in a system that has broken more than one soul. And it does pain me to think of what creative wonders we might be losing from those who can’t take the pressure.

So if an artists creativity is born from or in spite of their individual struggles the message I would like to express is compassion and connection. We can all benefit from well intentioned help from people who genuinely love us no matter the level of creativity involved in our lives. Australian? Comedian Hannah Gadsby in her special “Nanette” shares a story about a fan telling her that she should stop medicating, because she’s an artist and artists need to feel. If Van Gogh had medicated, we wouldn’t have those pretty flowers. After actually using her art degree to drop some knowledge on how Van Gogh most likely had an altered colour perception caused by his medication, she share the much more potent story: