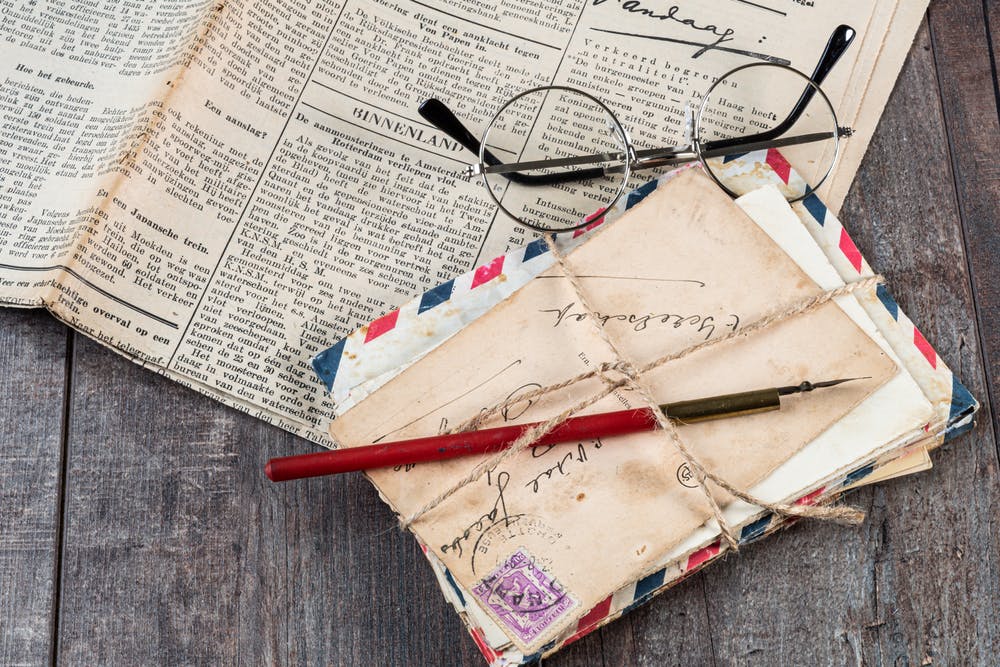 Article from The Sun’s Daily

“The Trial of the Housewife from Hell has been Scheduled”

On a hot summer afternoon, the people living on Berwitz Street were faced with a tragedy that shook not only the neighborhood, but the very core of our little, rural town. The hit-and-run of a young girl, Alicia Sommers (8). An old couple and a woman living on the street witnessed as the suburban housewife, Kathy Mils (46), mercilessly ran over the little girl, not stopping before she parked her bloodied car in her driveway. She was arrested the following morning based on witness accounts. She has now been awaiting trial for the last two months, however, the date has finally been set.

The police expect mobs to gather on the outside, as already, the police have encountered multiple people attempting to break into the detention center simply to either spit on Mrs. Mils or hurl death threats.

The Sun’s Daily has spoken to several concerned readers who have expressed their absolute disdain for this heinous crime:

“It’s such a despicable thing to do, such a pure, young girl too! I always knew Kathy went a bit mad after the death of her husband, trying to distract herself with constant cake baking, but to murder a child in such cold blood! I even heard she carried her groceries in as if nothing had happened! But the Lord sees all our wicked sins, and Kathy shall be duly punished!”.
A reader who would like to remain anonymous commented.

When speaking with the prosecution, it appears they have a clear-cut case, and are certain of an impending victory in the upcoming trial. Lead prosecutor Retinez did not wish to further comment on the matter. We at The Sun’s Daily will cover the entire trial, so be sure your subscription is up to date as you don’t want to miss a single detail of what will be an historic event in our little town!

Do you believe justice will be served?

Golanz: Mr. Dinkly, I know this must have been a very upsetting experience, but please, you don’t have to-

Mr. Dinkly: I don’t care what you Orientals think! That crazy wench has always had something against the Sommers! Ever since Lotta Sommers got Kathy’s little cake wagon shut down, she’s been thirsting for revenge! And what better way than to…to…kill little Alicia…

Golanz: I assure you Mr. Dinkly, we will get to the bottom of this, and justice will be served. But can you tell me exactly what you witnessed?

Ms. Kolz: Please, call me Laura. Makes this all feel less like one of my therapy sessions.

Golanz: Laura, I am trying to understand what happened on Berwitz Street that afternoon, so please tell me again, are you sure Mrs. Mils made no attempt to stop the vehicle?

Ms. Kolz: None whatsoever. It was as strange as it was gruesome to behold. Little Alicia just skipped down the street, maybe chasing a butterfly, I didn’t pay much attention to the kid. Kathy drove at a normal pace and hit that poor child, mowing her down. Even as the car bumped on…on Alicia’s body, Kathy didn’t even appear to flinch, as she kept her speed and quietly drove away.

Golanz: And there is no doubt in your mind?

Ms. Kolz: I assure you, officer Golanz, that Kathy Mils did not even blink an eye as she killed Alicia Sommers.

Mrs. Dinkley: You have to put that mad woman away! She’s a menace to our street and to this very town! Murdering such an innocent child in cold blood is simply un-

Golanz: Mrs. Dinkley, your concerns are noted, however, what I need to know is if you’re sure it was Kathy Mils who drove the car on Barwitz Street on the 25th of July.

Mrs. Dinkley: Of course I’m sure! Are you deaf or something!? Get my husband in here, he will tell you the same thing! We all saw it, even that hippie from down the street saw her! There is not a single doubt that Kathy went full throttle and fully intended to hit Alicia! Her car was even bloodied in the front, what more proof do you need!?

Mrs. Mils is a widowed 46-year-old woman. She lost her husband 16 years ago to lymphoma. She has a 23-year-old daughter who studies engineering, and currently lives in the city. Mrs. Mils’ case has been brought to me to verify whether Mrs. Mils suffered from psychosis or not.

Mrs. Mils presents herself as a worried, disheveled, and grief-stricken woman. Her speech falters as little gasps, flinches and weeps interrupts every sentence she attempts to formulate. The grief appears genuine, as the interruptions come at spontaneous moments, usually followed by an apology. Body posture and attitude convey fear and nervousness. No signs of depression, which is also denied by Mrs. Mils. Associations are intact, her thinking is logical, and cognitive function is age appropriate. There are no apparent signs of delusions, hallucinations nor bizarre behaviors, besides her denial of involvement in the incident. There appears to be no gaps in knowledge nor key moments of Mrs. Mils’ life, therefore ruling out possible DID (Dissociative Identity Disorder). Homicidal ideas and intentions are fully denied.

Upon engaging in conversation with Mrs. Mils, it is quite clear she is mournful of the death of Alicia Sommers. However, Mrs. Mils denies any involvement in the death of Miss Sommers. According to Mrs. Mils, she never saw the child neither before nor after the incident. Any possibility of delirium or amnesia are challenged by Mrs. Mils, who’s claims are supported by no prior incidents in her life, nor any family history of said ailments. No apparent motive for the crime can be extracted from conversation, quite the opposite, Mrs. Mils appears to be as grief-stricken as those affected and speak fondly of Miss Sommers.

Psychosis cannot be assessed in the patient. Mrs. Mills exudes no traits to indicate such from neither conversation nor formal examination of cognitive functions.

Albeit it might explain her peculiar denial of partaking in the events that occurred on July 25th, I cannot in good faith assign her a diagnosis which do not align with the facts. Whether Mrs. Mils truly intended to kill Miss Sommers, or it was an accident caused by lapsed brain function, I cannot ascertain. However, Mrs. Mils appears truly regretful of the events and subsequent consequences of the incident.

Excerpt from the personal diary of Kathy Mils

Today’s been such a whirlwind of events! They had a clearance sale on corn starch, and I almost bought their entire stock! I must have saved a fortune, meaning that I might not have to be so steep with the price of my cakes. Now little Susie can buy four pieces with her weekly allowance instead of just two, however, I’ll still give her one on the house anyways[…] I remember when Maggie was as tiny as that, Ronald would buy her candy all the time, and even though I yelled at him for it, I still allowed her the candy. And look at my girl now. She called me, told me her professor was absolutely thrilled with her latest assignment! He had encouraged her to take a PhD even! My little Maggie, a PhD. I always thought she couldn’t make me more proud but she surpasses my expectations at every turn. Although she had to remind me several times what her thesis was about…and I just can’t for the love of me recall it now either. I’m not the best mother, am I, dear diary? Well, you and I know everything about that.

Then I did some baking later on, making so many cakes, packaging them. All the while old Mrs. Bentz gave me these strange glances every time she passed by my window. She always waved backed, but looked a bit…resigned perhaps? Either way, I finished my baking and settled in for an episode of “The Name of the Game” which was the most thrilling yet! And just like I wrote last night diary, Robert turned out to be the culprit after all! I immediately called Petunia, and she called me an ace detective, she was completely baffled that I had figured out the twist.

Well, it’s getting late, but it has been a lovely day. And as always, in these hours of dusk, Ronald’s favorite time, I hope wherever he watches from, he knows that we all miss him so dearly, but me and Maggie are in good hands.

Excerpt from the Courtroom Transcript of the Trial of Kathy Mils

Declarative Statement of Cause from the www.justice4kathymils.com Webpage

On October 8th 2008, a most heinous trial took place. A widowed housewife was condemned for second-degree murder on the innocent child Alicia Sommers. Branded a cold-blooded killer in the eyes of the public and the court, Kathy Mils was given a life sentence due to her refusal to acknowledge her alleged crime, pleading “not guilty” at every turn.

But what occurred in that courtroom was nothing but injustice. Testimony and proof which would open new possibilities was swept beneath the rug, not even mentioned by the defense attorney at the time. The autopsy was not conclusive on the time of death nor was the psychiatric evaluation indicative of psychosis.

The “Justice4KathyMils” group believes that an innocent woman was imprisoned that day, and a conspiracy is taking place right underneath this town’s nose, on that very street, yet no one dares unearth its malevolence. We will work towards righting what has been wronged.

And there will be justice for Kathy Mils.

Article from The Sun’s Daily

“Ten Years since the Housewife from Hell was Sentenced”

Ten years ago, the very core of this town was shook, as the murder of a young child, Alicia Sommers (8), occurred. The ruthless killer, Kathy Mils (50) was sentenced to life in Burkley State Prison. To this very day, the very nature of the murder sends ripples of fear and shivers through the town’s spine. Kathy Mils claimed innocence in the crime to the very end, and so does her daughter, Maggie Mils (33) who runs the group “Justice4TheInnocent” previously known as the “Justice4KathyMils” group. She has refused to comment on the anniversary.

After only four years in prison, Mrs. Mils was beaten to death within its walls by a group of other prisoners who believed justice had not been harsh enough. Lotta Sommers (48) has also refused to comment her stance on Mrs. Mils death. Currently, Mrs. Sommers is touring the country with her new books “From the Depths of Despair” and “Recipe for Success”, the former detailing how she overcame the loss of her daughter and the later containing some recipes for her world-famous cakes.

Although the general consensus at the time was that Kathy Mils was without a doubt guilty, the “Justice4KathyMils” group has brought doubt to some. However, there has not been sufficient evidence to claim a mistrial.

Ten years ago, our little town would never be the same. However, we will pose the same question as we first did when reporting the case:

Do you believe justice was served?