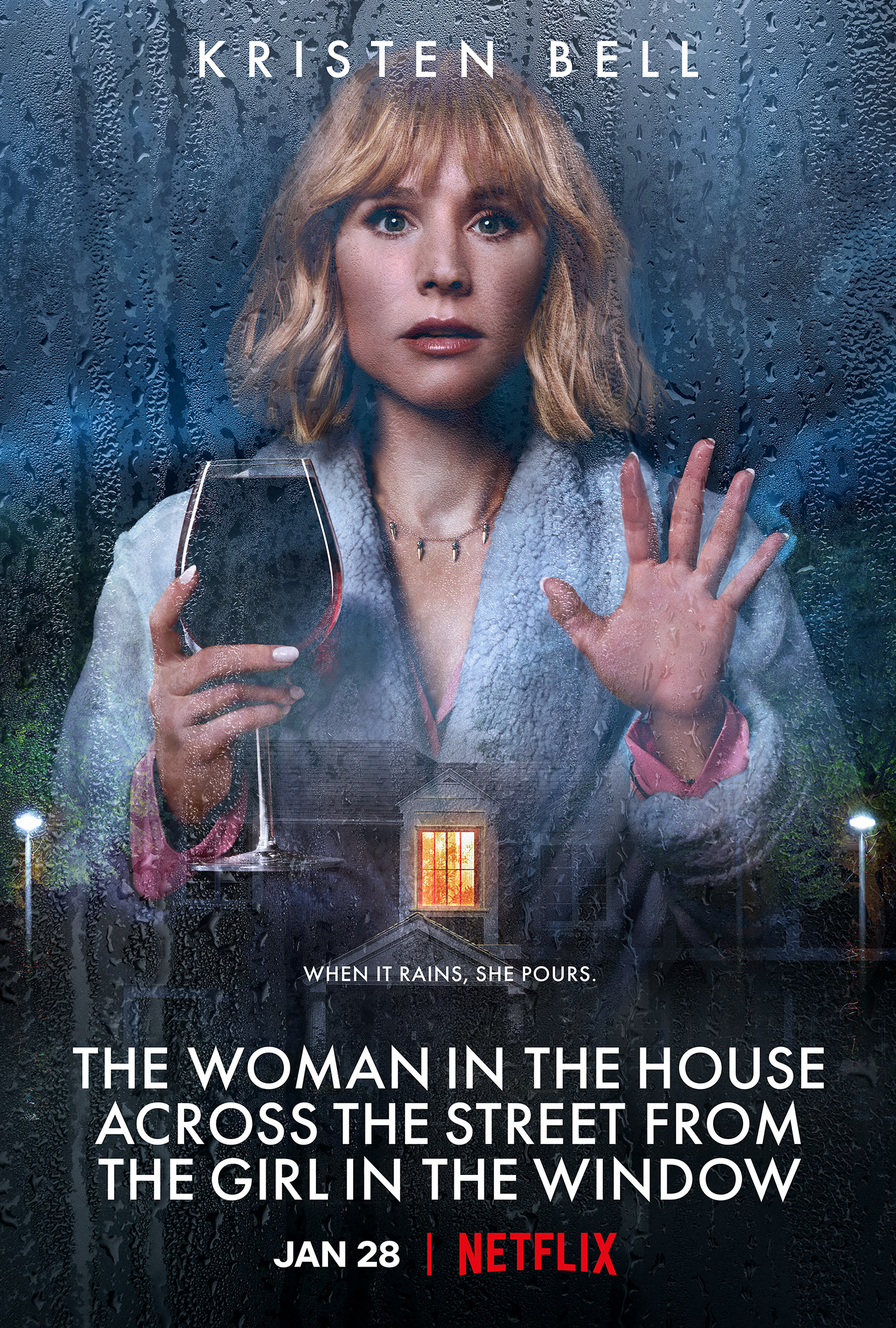 If an identity crisis was turned into a series, this would be the result. Entertaining to some degree,
but at a certain point, turns exhaustively confusing.
Netflix was dead set that this would be my type of series. From the constant advertising I got on
my Facebook page and YouTube videos, they were certain they were gonna hook my goldfish
brain. And you know what, it looked like they would. Dabbling between “who-dunnit” and
psychological thriller with my dear old Kristen Bell, how could I not be enticed by the trailers.
So, I took the bait. When it finally dropped, me and my best friend got together, had pizza and
candy, and binged the entire season in one sitting.
My conclusion? Well…it’s not bad, but it’s not good either.
The premise of the show is quite simple, Anna (Kristen Bell) is an alcoholic with a pill problem
after losing her child. As with these types of shows, much of the thrill comes from learning how
and why, so I won’t spoil it. One night, Anna witnesses her neighbor’s girlfriend seemingly
murdered, the girlfriend pleading a muted help from her slashed throat. Anna tries to help, but
due to her ombrophobia, a fear of rain of all things, she passes out in the middle of the street.
The very next day, it is claimed by the neighbor that his girlfriend is still very much alive, albeit
out of town for the moment. The lack of blood anywhere in the neighboring house support the
notion. But Anna is sure of what she saw. So, is this just some raving by a hallucinogenic and
grieving mother or is what Anna saw the truth and someone is attempting to cover their tracks?
The premise of the show is quite tantalizing, and I have to give credit to the cast, they are doing a
fantastic job portraying their characters, from the rabid Kristen Bell to Tom Riley who threads
the fine line between hot DILF and borderline psychopath to everyone in between. Even small
characters like Buell (Cameron Britton) and Carol (Brenda Koo) use the precious little screentime
they get to shine.

The camerawork is nothing noteworthy, it does its job fairly well along with the soundtrack,
heightening the suspense when it needs to, or softening the mood when emotional moments
occur. Again, this is nothing new or groundbreaking, but at least I need to acknowledge the stuff
the series does right. It also uses a storytelling technique that I absolutely adore, which is the
subjective perspective. This means, that at certain points, Anna might construct what she believes
has occurred and we as the viewer are treated to her perception of events. Meaning that we have
an unreliable narrator, which is almost a must in a story like this. It elevates the suspense while
keeping you guessing whether she is perceiving reality or simply creating her own.
Well, all good so far, right? The series starts off quite slow, having to establish the setting,
characters, backstories and so on, but that’s typical of these types of suspense series. As a viewer,
you know you must commit some time to exposition for it to work. Now, the middle is where the
series truly shines, without spoiling anything, the stakes are heightened, with many twists and
turns, constantly keeping you engaged.

The final part, is probably the biggest let-down I have every experienced. When the final twist
happened, and I’m not joking, me and my friend look at one another, neither wanting to admit
that it felt like our four-hour investment thus far had been wasted. But alas, we had to face it.
And as the final credits rolled, with an incredibly weird build-up for season two, I was left
thinking “where did it go wrong”? The final twist felt more like the writers just wanted to do
something unique, rather than something coherent to the narrative. And then it dawned on me.
This entire thing might have been a satire.
Yes, I will concede that the title did give me an inkling, but here is where the problem arises. At
every turn, the series seemingly takes itself very seriously, presenting dark themes in an adult
manner and responding to them thusly. Of course, some plot points are incredibly obtuse or
obscure, but the series plays them off so seriously, it is very difficult to discern whether it is a joke
or not. It feels like a severe case of identity crisis, the series is attempting to do satire, but the way
it’s communicated does not translate, and so we’re left with a very angsty and confused series.
I’m still left baffled whether this is a satire or not. Wikipedia says it is, but also a thriller. Again,
it’s not a bad series, but I think that it has left quite a sour taste in my mouth. If I had known it
was satire before going in, perhaps I wouldn’t have felt like I had wasted time taking everything
about it seriously. Or I would never even have given it a chance in the first place, if I had known
my time was misplaced either way. All I know is, the series had every building block to become
something great, but as the very last block slid into the place, the whole thing fell apart into a
jumbled mess.
Again, The Woman in the House Across the Street from the Girl in the Window (oh my God,
I’m almost out of breath) is not a bad series, it’s just not good. The excellent cast is unfortunately
not able to save a doomed script, that can’t quite decide what it wants to be. The twist and turns
are good, but the final climax is so beyond ludicrous that it makes everything good up to that
point kind of worthless. Sure, it will provide some good background entertainment, just don’t
invest too much into it, as it will not reward your loyalty.
5/10