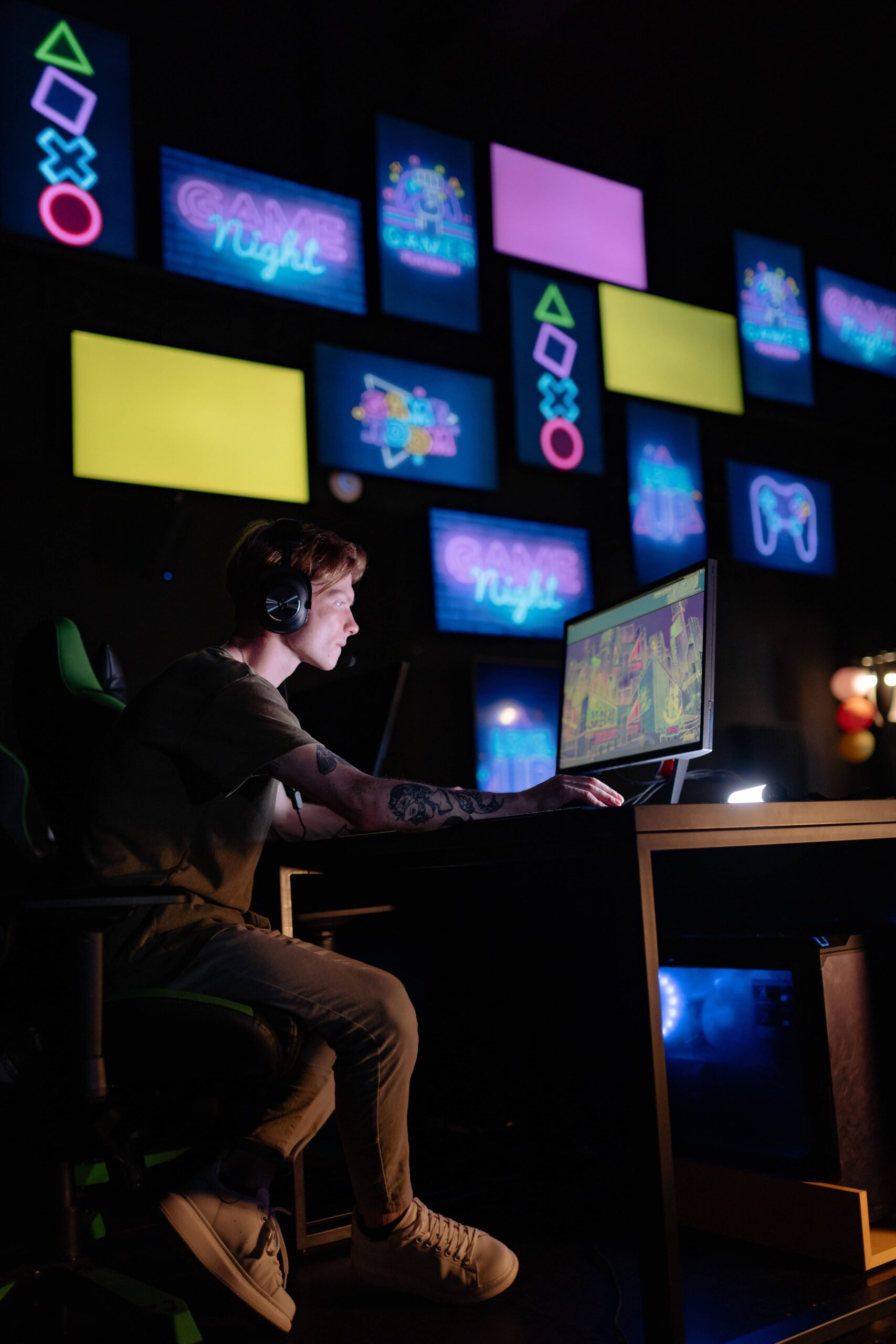 “There is a persistent hope, that by virtue of their interactivity, games can present a very different, and perhaps more powerful, type of ethical engagement than other art forms” (Ryan et al. 300)

We find ourselves in a time where books have become associated with refinement and sophistication. Letters make words, words make sentences, sentences make paragraphs and paragraphs creates novels and books, not only that, but they also create entire living and breathing fictional worlds within the minds of the readers. Movies instead rob the reader of the marvel of creativity, and viewers are treated to the directors and producers’ worlds and interpretations. Luckily, in a growingly busy world, movies, and series (usually) demand less of our time and may have just about the same impact as books. The visual theater of the mind is translated onto the big screen, where it is prone to horrible misinterpretation, however, in return we are treated to a lovely spectacle. However, we went from actively participating in the creation of a world or story, to passively observing whatever masterpiece, or garbage, Hollywood produces (Squid Games? Never heard of her, ‘MURICA FTW)! Now, I’m not criticizing movie viewers nor praising bookworms, both have their strengths and weaknesses, but may I introduce you to a third medium which often gets neglected in the talks of impactful and revolutionary storytelling and world building in the mainstream?

You’ve might have guessed it based on the title, yes, video games.

It is no secret that video games have broken out of their niche appeal. No longer are they reserved for arcades filled with blinking lights, loud kids, spilled soft drinks and candy. Instead, they sit neatly in our homes either flaunted in the living room or stowed away in some forgotten cupboard where trinkets go to die. Regardless, most people have owned a video game machine, whether it be a console or a PC. And despite many thinking that this little wonder is used exclusively for blowing out brains or playing virtual sports, basically, to have fun, I would argue that it can provide so much more than simply brainless entertainment.

It can give you an experience unlike any other, leaving just as much of an impact as a fantastic book or an outstanding movie.

How so you may ask? Well, what is a video game if not a multimodal marvel of the modern age? It has moving pictures and music like a movie, it usually incorporates text like a novel, but it has that little, secret ingredient that the other two lack. You know what that is?

And with a flick of the magic wand, we as an audience are back as an active participant. Not with the job of constructing these fantastical worlds from the building blocks of words, but with creating the unfurling story as you play. Because without you, the player, there would be no story. Mario would never save Peach, the Dragonborn would never have saved Skyrim, and the SimNation wouldn’t have that one homicidal maniac in the neighborhood who drowns people by removing the ladder from the swimming pool (you know who you are). But with agency comes an even more tantalizing idea, something the other mediums lack. Not only are you the captain of the ship, cruising down the narrative path, either making sure you stay on course or perhaps even steer it in new directions.

You may have to make difficult decisions on your journey, ones that might change your perspective for future voyages.

I can still remember when Telltale’s “The Walking Dead” released and the internet went, for a lack of a better term, apeshit, over the insurmountable options the game offered in terms of choices. Albeit its “illusion of agency”, often forcing players back on a path despite their many diversions, it opened the floodgates for decision-heavy games. People wanted to be in control, create or break relationships with characters, forging their own story or explore every single narrative path the game offered. And this new phenomenon is perfectly encapsulated by Sebastian Domsch’s term: Storyplaying. We are playing a story.

With the technological advancements of the modern age, video games have gone from 2D to 3D, upgrading their hardware but also scope. And with so many options of what to create, we’ve finally reached a point where the ludonarrative resonance dream can be achieved. What is ludonarrative resonance you ask? It is the holy union between gameplay and narrative, both enabling one another to reach an absolute transcendent state.

I’m speaking of the ludonarrative resonance like it’s the second coming of Christ. I’m not advocating that every single game need to incorporate gameplay and narrative into a holy union (which hopefully will not lead to a bitter divorce), some games are simply focused on gameplay, some on narrative and that is fine. However, I will argue that games incorporating ludonarrative resonance stand a better chance at connecting with us, the players, and leaving the impact of which I have previously spoken.

So, which one will it be? What game is gonna fill this craving I so hopefully have invoked in you? Which one will give the thrill of Squid Games, or the contemplation of 13 Reasons Why? Well, different strokes for different folks as they say, but I will put forth my suggestions for unique experiences that has left me with an impact, and I hope it will for you too. The games I’ve put on the list are games which I have played, but are also accessible, meaning that they’re on more than just a single console. 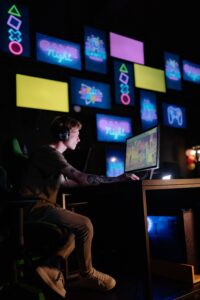 Taking the gaming world by storm upon its release in 2015, Undertale quickly made a name for itself for its unique take on the RPG genre. Much of the surprise comes from playing the game completely blind, so I encourage anyone who hasn’t played nor seen anything about it to give it a go. It’s quite the short game, approximately five hours on a first playthrough, but chances are, you might want to play it more than once.

Without too many spoilers, the game takes place in the Undergrounds, the home of monsters who were banished by humans from the world above. A small child has stumbled down into the Undergrounds and your quest is to get out and get home. Simple enough, but as the tagline of the game says: “The friendly RPG where no one has to die”. Again, do not look anything up and instead experience this gem for yourself.

The Zero Escape series spans three games, all part of the visual novel genre. Of course, this entails a lot of reading, but luckily with the remaster of the first two games, they are all now voice acted. This is a bit of a niche pick, but nothing has ever left me contemplating reality as much as these games. The gameplay is split in two, either you’re reading/listening to dialogue and making some crucial decisions from time to time, or you’re locked inside an Escape Room-esque situation and must find a way out.

Its branching narratives and the way the games play with the media of video games is fascinating and not something one sees too often. The games always involve a group of people in dire circumstances having to find a way out of their predicament. Drama, chaos and emotions are inbounded as the tenseness of the group dynamic can almost be tasted. All three games are connected so it’s vital to either have played or watched a playthrough of the first game before moving on to the next one and so on. It may be a lengthy endeavor, but every single second is worth it for the glorious plot twists, mind blowing story and gut-wrenching tearjerkers.

So this is where we go off script, because honestly, I can’t really pick one. This category is reserved for games like Telltale’s “The Walking Dead” and “The Wolf Among Us”, but also extends to “Detroit: Become Human” and “Heavy Rain”. Basically, any game that feels like watching a movie wherein you make the choices and occasionally perhaps walk around and solve some light puzzle or interact with the world. Personally, I would go for “The Walking Dead” or “The Wolf Among Us” but it all depends on what catches your attention, whether it be zombie apocalypse or sci-fi.

This genre was the harbinger for video games as narrative, showcasing that they could tell invocative stories while also incorporating the ludic elements of a video game. Out of all the games so far, these demand the least and are the closest to passively observing a drama, but you’re left with the most delicious part of the experience: Choosing how it unfurls.